The Inside Story of How Andy Jassy Became Jeff Bezos's 'Shadow' 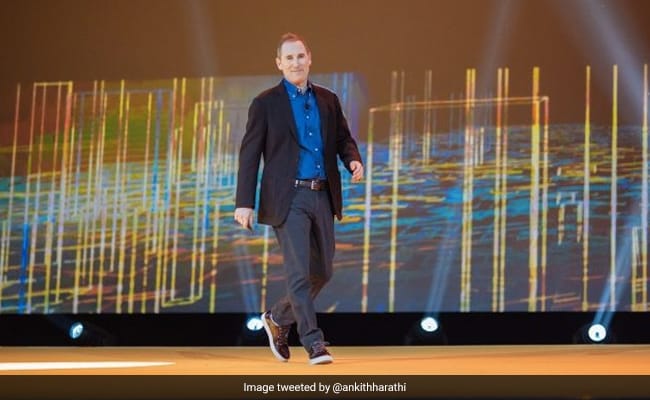 Andy Jassy will succeed Jeff Bezos as the CEO of Amazon later this year.

Amazon founder Jeff Bezos announced Tuesday that he would step aside later this year as chief executive of the company he built from a startup into one of the world's most valuable firms. He will be replaced by Andy Jassy, who spearheaded Amazon's cloud computing venture, Amazon Web Services, turning it into a multibillion-dollar business, reports CNBC.

Although Mr Jassy has not been in the public eye like Jeff Bezos, he has been an integral part of Amazon since he joined the company in 1997.

A Twitter thread going viral online unpacks the crucial part he played in the success of Amazon Web Services, and his role as Jeff Bezos' "shadow".

He literally followed Bezos around everywhere he went, taking notes in all his meetings and learning directly from the boss himself. pic.twitter.com/g5PJXnWfSP

Before being appointed the head of AWS, Mr Jassy was chosen for the coveted position of "Technical Assistant" to work with founder and CEO Jeff Bezos.

"At the time, we called it a 'shadow role.' And it really was like being Jeff's shadow-I participated in all of his meetings, including his one-on-ones," Mr Jassy told CRN back in 2015.

He spend 18 months shadowing Mr Bezos - learning "directly from the boss himself", as Mr Harathi put it in his Twitter thread.

As he followed Mr Bezos around, Andy Jassy identified several inefficiencies in how teams at Amazon worked together.

4) Amazon had built an amazing API-based infrastructure for other companies to use, and even started using it themselves.

As their offering got more complex, they needed to move faster.

They started hiring more software engineers, but it didn't seem to help.

According to The New York Times, Mr Bezos had grown frustrated with Amazon's software development teams that were taking longer than anticipated to complete projects.

"They were spending a lot of $$$ attracting the absolute best and brightest. Something was wrong. Bezos asked Jassy to go fix it," wrote Mr Harathi.

6) The executive team would routinely scope out a project and set a deadline of 3 months.

After 3 months, they'd get a report back that it wasn't ready.

For each new project, engineers were building the backend from scratch. It was taking forever.

Jassy got to work. pic.twitter.com/GSn7MjMBs2

Mr Jassy found that several projects were delayed because product teams were spending too much time "setting up storage, compute and databases".

This fact was seconded by former Amazon executive Dan Rose, who wrote on Twitter: "During his two-year run in Jeff's office, Andy identified a bunch of inefficiencies in how teams worked together and convinced Jeff to invest in infrastructure to reduce dependencies. Amazon later externalized some of those APIs and Andy became the founder and CEO of AWS."

12) Once opened up, the worldclass infrastructure services they had built for themselves was used by millions of developers, all building their own things.

Profits from AWS allowed their ecommerce biz to grow, and catapulted Amazon to the top spot.

AWS is today one of Amazon's most profitable arms. In a memo sent to employees earlier this week, Mr Jassy said he would always be "passionate and connected to AWS."

He also spoke about the things he learned from Mr Bezos - which included "criticality of hiring and developing great people", the "importance of inventing" and "how to obsess over customers".

13) 26 years after founding Amazon, and 15 years after launching AWS, Bezos had decided it was time for a change.

Yesterday, after reporting Amazon's first $100B sales quarter, Jeff Bezos announced that he'd be stepping down as CEO.

Andy Jassy will be taking over the reigns. pic.twitter.com/t8Asuv32ro

For his part, Mr Bezos has said that Andy Jassy has his full confidence.

"Andy is well known inside the company and has been at Amazon almost as long as I have. He will be an outstanding leader, and he has my full confidence," he wrote in a letter to employees.