"It's hard to overstate how much I've learned from Jeff over the past 24 years," Andy Jassy, who heads Amazon Web Services (AWS), wrote in the memo. 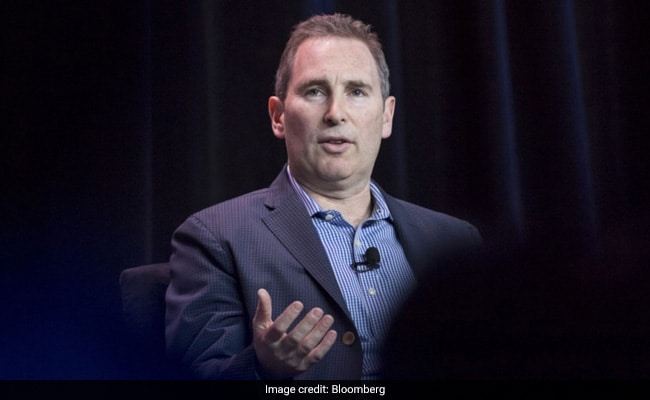 Andy Jassy will succeed Jeff Bezos as the CEO of Amazon.

Incoming Amazon Chief Executive Officer Andy Jassy asked employees to "stay giddied up" in a memo sent on Tuesday night after Jeff Bezos announced he would be stepping down as CEO of the American multinational technology company. The memo was accessed by New York Times columnist Kara Swisher, who shared it on Twitter.

"I'm excited for Jeff and look forward to watching his next chapter unfold... It's hard to overstate how much I've learned from Jeff over the past 24 years," Andy Jassy, who heads Amazon Web Services (AWS), wrote in the memo. He cited "criticality of hiring and developing great people" and "how to obsess over customers" among the things he had had learned from Jeff Bezos.

The incoming CEO of Amazon also spoke about Amazon Web Services - the subsidiary he heads, writing: "Nothing is changing in the short term as it relates to AWS. You'll be stuck with me till Q3; and even after that, I will always be passionate and connected to AWS."

The company would determine in coming weeks who would lead the AWS business after him, Mr Jassy said.

He concluded the memo by urging employees to "stay giddied up - we have so many customers needing our help to transform and accomplish what they're trying to do."

I have a column on my thoughts about the big @amazon transition from @JeffBezos to @ajassy in @nytopinion tomorrow, but here's a little memo on the move that Andy seems to have sent around tonight to get you ready, because I love a good memo. pic.twitter.com/0eaMr9ulJw

Amazon founder Jeff Bezos said Tuesday he would stand aside later this year as chief executive of the company he built from a startup into one of the world's most valuable firms.

The billionaire said he would transition to Executive Chair of the Amazon Board and be replaced as CEO by Andy Jassy in an email to employees that was released by Amazon News.

In his letter, Jeff Bezos spoke about Amazon's journey of 27 years. "Today, we employ 1.3 million talented, dedicated people, serve hundreds of millions of customers and businesses, and are widely recognized as one of the most successful companies in the world," he said.

Amazon's success he attributed to invention, saying that the company pioneered personalized recommendations, customer reviews, "insanely fast shipping" and devices like Kindle and Alexa, among other things.

"As Exec Chair I will stay engaged in important Amazon initiatives but also have the time and energy I need to focus on the Day 1 Fund, the Bezos Earth Fund, Blue Origin, The Washington Post, and my other passions," he wrote.

Jeff Bezos, 57, founded Amazon in his garage in 1994 and went on to grow it into a colossus that dominates online retail, with operations in streaming music and television, groceries, cloud computing, robotics, artificial intelligence and more.