In the video, Ratan Tata talked about the "greatest pleasures" of his life. 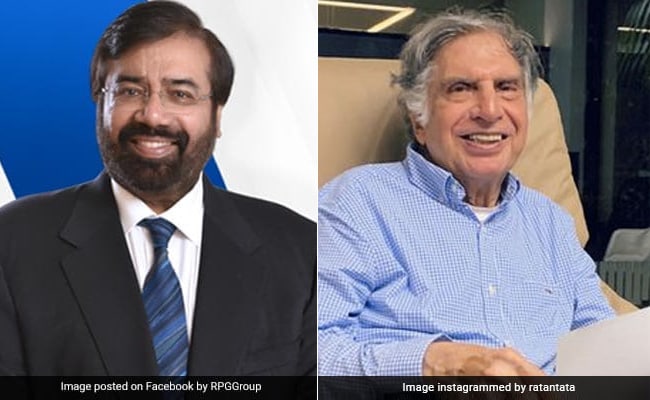 Businessman Harsh Goenka is known for sharing motivational videos and inspirational messages on Twitter. This time too, the industrialist shared an old video revealing "what really excites" Ratan Tata, the Chairman Emeritus of Tata Group of Industries who is well-known for his philanthropy

In the clip, the 84-year-old business tycoon talked about the "greatest pleasures" of his life. "The greatest pleasure I've had is trying to do something, everybody says 'could not be done,'" Ratan Tata revealed in the clip, shared by RPG Chairman Harsh Goenka.

Mr Goenka posted the short clip on Monday evening and since then it has accumulated nearly 40,000 views and over 1,800 likes. Internet users flooded the comment section with heart emojis and called Mr Tata a "Legend".

"True. So when the Automobile industry told Ratan Tata that manufacturing a passenger car under Rs. 1,00,000 was not possible, he went ahead and manufactured the "impossible". He executed the project very passionately and proved all those who said "it can't be done" wrong," wrote one user.

"There has to be something like super power to have this kind of a soul on the earth , to do so much in so many ways!! He only knows the prices he might have paid for practising the ethics," said another. "Ratan Tata is unparalleled in world industrial sector. Ratan Tata is more human being than an industrialist. Ratan Tata is real national hero," commented third.

Ratan Tata is one of the most successful businessmen the country has ever produced. He is a philanthropist who donated huge sums of money for pressing causes. The chairman of Tata Group is also a prolific investor who has backed over 50 startups including eyewear retailer Lenskart, digital payments brand Paytm, electric vehicle startup Ola Electric Mobility Pvt. and online stock trading platform Upstox.