What Colour Are These Shoes: Blue-Grey Or Pink-White? Internet Debates Again

The Dress debate is back 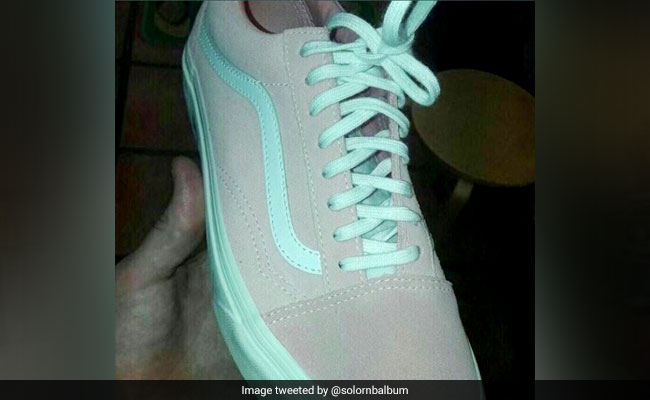 Remember 'The Dress' from 2015? Yes, the gold-white dress (which was actually black-blue) that wrecked friendships, made serious dents in relationships and polarised the internet. Well, it's back to haunt us. And the 2017 avatar of the dress is a humble shoe that's confusing the heck out of people.

Photos of an ordinary looking sneaker are currently the subject of intense debate on the internet as people can't decide whether the shoe is pink-white or grey-blue.

The photo was originally posted in a private group on Facebook and soon made it to Twitter as the debate escalated.

rt if u see pink and white

It's clearly gray and mint how can u see pink...

I DONT GET HOW YALL SEE PINK AND WHITE I MEAN

Its grey and mint how are people seeing pink and white? Oh but wait... is this 'THE' dress disguised as a shoe pic.twitter.com/tEllbGIkbN

What are y'all smoking to see pink and white lol

I can see the hue of pink in the shoe a tad when my brightness is all the way up, but the laces stay green.

And then this sorcery happened

deadass looked at this earlier, saw grey and mint. looked at it again just now and as i stared it slowly transitioned to pink and white???? pic.twitter.com/GpeEcS3h0h

Gave up? The correct answer is pink and white. The blue and grey was the result of lighting and possible editing as explained in the tweet below and confirmed by scientists too.

Left is the original shoe-Someone edited the picture by adjusting the lighting to a strong turqoise hue. Notice the lighting on the hand pic.twitter.com/m0jXAQee9Y

The much talked-about dress was one of the biggest moments on social media in 2015. The colour of a tank top and a pair of slippers prompted a similar debate back in July but failed to scale the heights of internet popularity as 'The Dress'.Click for more trending news