We Envy People Our Own Age, Often For Their Looks, Reveals Study 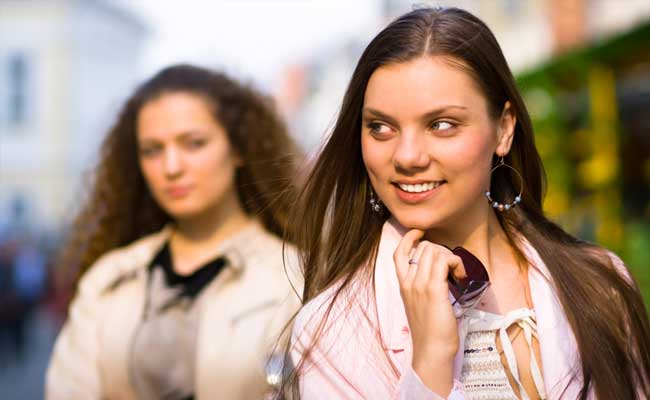 New York: While envy lessens with age, both men and women are more likely to envy someone of their own age, reveals a new study.

The researchers also found that younger adults are more envious over looks and for a wider range of other reasons, as compared to older adults.

"Envy can be a powerful emotion," said study co-author Christine Harris, psychology professor at the University of California, San Diego, US.

"We wanted to investigate envy not only because it is subjectively experienced as negative but also because it has been suggested as motivation for a whole host of events - from fairy tale murder to, in modern times, the force behind the Occupy Wall Street movement," Harris noted.

The findings are based on two studies: the first surveyed more than 900 people from 18 to 80 years, and another of 800 more in the same age group to remember when they had been the target of envy.

The researchers found that envy declines with age -- about 80 percent of people less than 30 years were reported feeling envious in the last year. By age 50 and over, the figure went down to 69 percent.

Young people reported more frequently feeling envious over looks and romance as well as achievement at school and social success.

While 40 percent of participants under 30 envied others for their success in romance, fewer than 15 percent of those over 50 said the same.

"Envy of monetary success and occupational success was common across all age groups," Harris said.

The study was published in the journal of Basic and Applied Social Psychology.