The video, shared by IAS officer Awanish Sharan, has gained over 1.5 million views and more than 48,000 likes on Twitter. 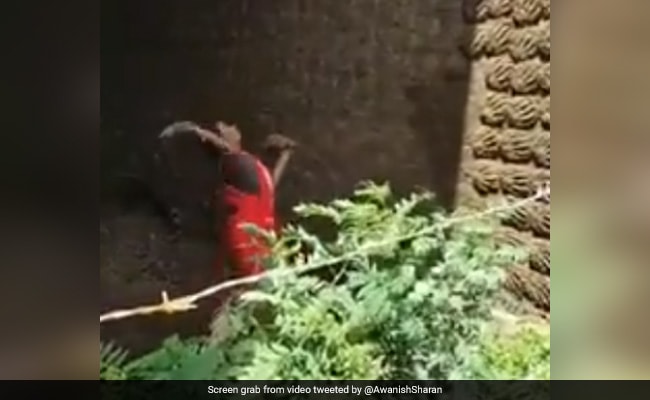 Internet is full of amazing content, which always amazes users across the world. One such video is going viral on Twitter that shows a woman putting cow dung cakes on a wall for them to dry. Her talent of accurately placing the cow dung cakes at the exact spot on the wall is being lauded by Twitter users.

The video has been shared by Awanish Sharan, an IAS Officer of Chhattisgarh Cadre with the caption: "Indian Basket Ball team is searching for her."

Indian basket ball team is searching for her. pic.twitter.com/hE2dBy7nAu

In the viral video, the woman is seen masterfully throwing cow dung cakes high up on a wall, where they stick in a straight vertical line. Repeating the same step, she forms various vertical lines on the wall with the dung cakes.

The video has gained over 1.5 million views and more than 48,000 likes on Twitter and users can be seen posting amusing remarks in the comment box.

"Like this many talents are hidden...needs of only discovering," said a user.

Cow dung cakes have been used since decades as cooking fuel in India. There is a festival known as The Gorehabba, which is celebrated in a village in Karnataka where participants throw cow dung on each other. It is similar to Spain's tomato-hurling festival "La Tomatina".

Jubilant crowds pelt each other with fistfuls of cow dung as part of a traditional ritual to celebrate the end of the Diwali holiday in the village.

The festival begins with the afternoon collection of cow dung from homes with cattle.

Tractor trolleys transport the dung to the local temple, where a priest performs a small ritual. The dung is then placed in an open area, where men and boys wade through to prepare their weapons for the battle ahead.

People come to the village from all over the world every year to take part in the messy battle.