Watch: When Elvis Presley Danced To Punjabi Beats In A Viral Mash-Up

A video that is going viral on Twitter shows Elvis Presley 'singing' and dancing to a Punjabi song. 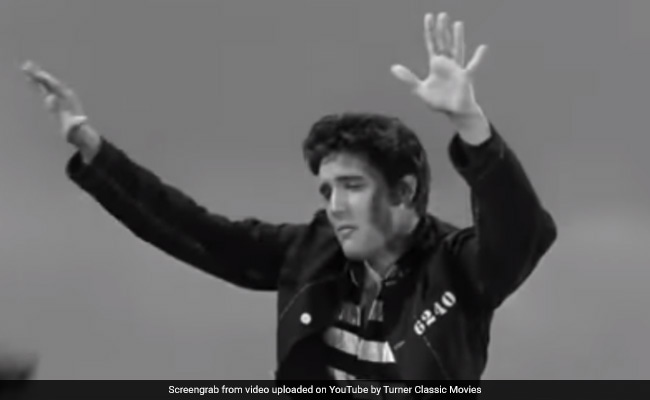 The 'King of Rock and Roll' dancing to Punjabi music is not something one would expect to see - but anything is possible with the miracles of modern technology. A video that is going viral on Twitter shows Elvis Presley 'singing' and dancing to a Punjabi song. The rock icon grooves to some catchy desi beats in the clip that has delighted thousands of viewers.

The clip, in fact, is actually a mash-up of the late American singer's Jailhouse Rock music video - set to the tune of Aaja Ni Aaja by Hardeep Singh. The mash-up was shared on Twitter by Indian-born American lawyer Preet Bharara, who wrote: "This is the most brilliant thing on the internet right now." Watch the video below:

This is the most brilliant thing on the internets right now pic.twitter.com/3nf0ttAg0r

Since being shared on the microblogging platform yesterday, the mash-up has racked up over 6.3 lakh views and hundreds of amused comments. While some dropped laughing face emojis in the comments section, others praised the editing work done in the mash-up.

@GetVideoBot I bet if I show this to my mom, who watched Bollywood movies as a Soviet kid, but still doesn't really care who Elvis is, she would not suspect any doctoring done here - it's so incredibly organic! ????

Mash-ups have become all the craze on the Internet of late, and the trend has given rise to some real gems. Earlier, a video of K-pop band BTS dancing to the song Chunnari Chunnari from the 1999 movie Biwi No 1 had taken the Internet by storm. More recently, rapper Badshah used the video of Channa Mereya to promote his song Baawla.

What do you think of the Elvis Presley Punjabi video? Let us know using the comments section.