"I still cannot go back in the bathroom, and I'm really scared," 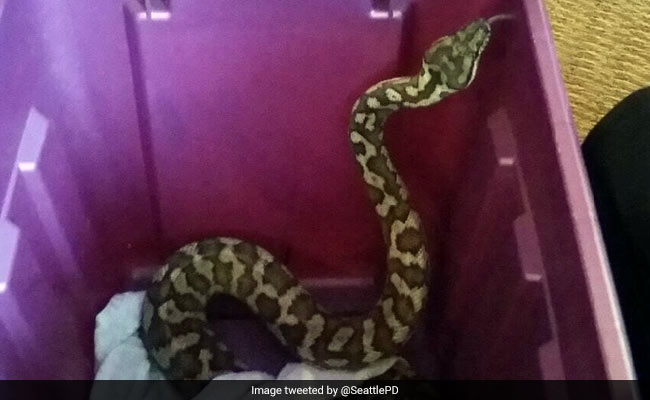 The non-venomous snake was removed from a toilet.

On November 24, the Seattle Police Department was called in to do something highly unusual: remove an unwanted snake from a toilet. The four-foot-long carpet snake was found in the Lake City area of Seattle, USA. According to police reports, the snake was found by the young daughter of the Dashdemberel family.

"I scream, called my husband and I said, 'There's a real snake in there,'" says Buted Dashdemberel, the girl's mother, to Kiro 7.

Police officers were then called to remove the non-venomous snake from the family toilet. Posting a picture of the snake, cops appealed for information of the snake's owner, writing, "If it's yours, please call..."

The snake was turned over to the Pacific Northwest Herpetological Society.

"I still cannot go back in the bathroom, and I'm really scared," Ms Dashdemberel says. "But we saved his life! That's why I feel OK."

Promoted
Listen to the latest songs, only on JioSaavn.com
Watch how the snake was rescued from the toilet here.

Kiro 7 reports the snake's owner was eventually found and may face consequences.Click for more trending news