A video is going viral on the internet and shows a pet corgi dog driving an automobile. 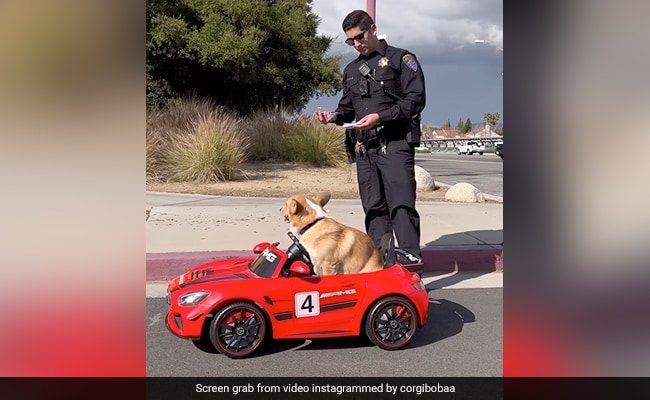 Animals and their videos never fail to amaze viewers on the internet. Their cute antics amaze the viewers so much. One such video is going viral on the internet and shows a pet corgi dog driving an automobile.

The Instagram video depicts an adorable pet corgi dog running away from the cops in its toy car. The post has been shared by an Instagram page dedicated to the pet on October 3. The viral video demonstrates Boba sitting in a toy car that seems to be operated by remote control.

You'll probably want to watch this video again and again since it's so adorable and amusing. The video then continues to demonstrate how this dog managed to get away from the cops.

Boba has almost 13,000 committed followers on this page, where various images and videos of its antics and overall cuteness have been posted regularly. According to its Instagram bio, this dog resides in Los Angeles, California, in the United States of America.

Since being shared, the video has amassed over 1.2 million views and more than 1.3 lakh likes on Instagram but still counting. Numerous users have been surprised by this cute antic of Boba and left surprising remarks in the post's comment area.

One user wrote, "He is just answering his call to be a new F1 safety driver."

A second user commented, "AHAHAHA!! Just hit them with the puppy eyes and corgi smile. Works every time!"

Praising Boba's driving skills, another user wrote, "Nice try Mr cop sir but he has an AMG you're never going to catch him."