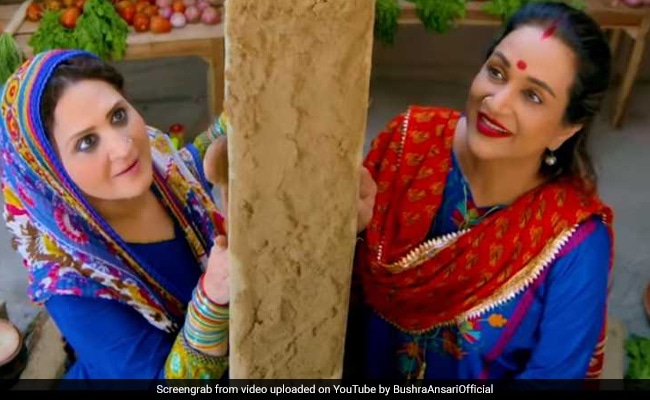 Amidst escalated tensions between India and Pakistan, veteran actresses from Pakistan have urged cross-border peace using a rap number.

Bushra Ansari has teamed up with sisters Asma Abbas and Neelum Ahmad Bashir for the track "Humsaye maa jaye", a song which talks about unnecessary divisions between the neighbouring countries.

Asma and Bushra perform the track and Neelum has written it, the Dawn reported.

Bushra and Asma play Indian and Pakistani neighbours respectively, who are kept apart not just by a wall but the animosity between the two countries.

In their lyrics, they hint towards the fact that the average Pakistani and Indian wants peace but it is the politics and war-mongering that keeps them apart.

They have described their release as "a music video that goes beyond war and borders to the hearts of people living so close, and yet so far away."

According to Samaa TV, Bushra had shared in a recent BBC interview that people have shown immense love for the song. "My inbox is filled with viewers' feedbacks who say the song is the voice of their soul," she said.