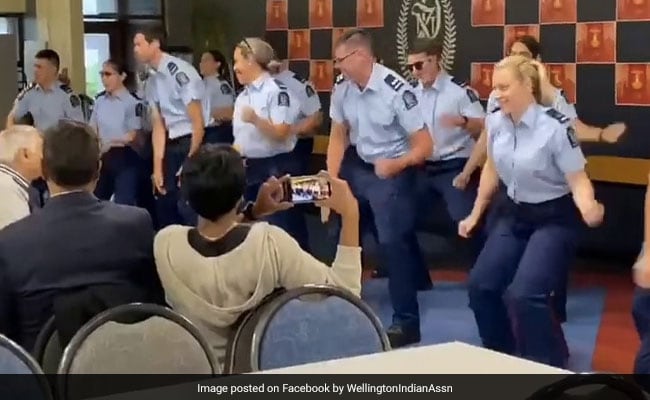 Cops in New Zealand shake a leg to Bollywood songs.

Diwali, the festival of lights, is celebrated with great fanfare in India. In fact, this festival of joyous celebrations brings together people from across the world. A video that is going viral on social media shows cops in New Zealand celebrating Diwali by dancing to a medley of hit Bollywood songs. The official Twitter account of the Indian High Commission to New Zealand - India in New Zealand - shared a delightful video of police officers shaking a leg to the songs Kar Gayi Chull and Kala Chashma at a Diwali event organised by the Multicultural Council of Wellington.

"Diwali has become such a popular festival in New Zealand," tweeted India in New Zealand. "Here is a video link of @nzpolice officers celebrating Diwali at Wellington Police College."

The video shows a group of police officers grooving to a perfectly coordinated dance routine with filmy steps and smiles on their faces. Watch it below:

"Amazing performance," wrote on person in the comments section, while another said, "Loved it."

This is not the first time that cops in the country have danced to Bollywood songs as part of Diwali celebrations - it also happened in 2017.

Maldives Is The New Mumbai: Bollywood Celebs Who Are Painting Instagram Blue