"The film is a spontaneous response to the irony of 'STAY HOME, STAY SAFE' for millions of women in India and around the world," wrote Nandita Das. 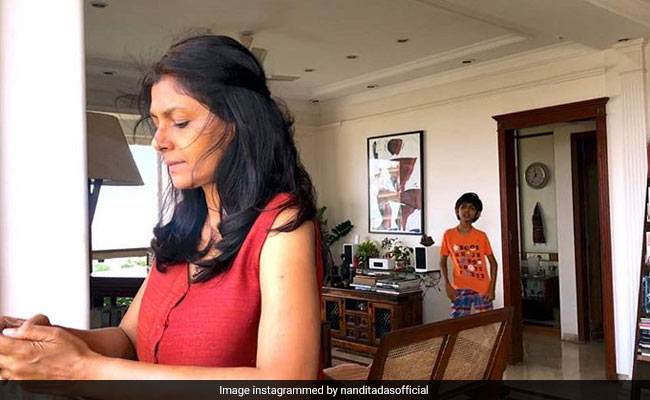 Nandita Das has directed and starred in a short film on domestic violence.

Nandita Das made the short film titled 'Listen To Her' as a response to these alarming statistics and to highlight the surge in cases of domestic violence as a result of stay-at-home orders.

"The film is a spontaneous response to the irony of 'STAY HOME, STAY SAFE' for millions of women in India and around the world," wrote Ms Das, 50, while sharing the 7-minute film on YouTube. " It reminds us that speaking up is only possible when women know that there is someone listening."

In the film, which she also wrote, directed and produced, Nandita Das plays the role of a woman working from home - fielding constant interruptions from her husband and son - who one day receives a call from a victim of domestic abuse. The film has been supported by UNESCO, UNFPA, UNICEF, UN Women and the South Asia Foundation (Madanjeet Singh Foundation), according to Ms Das.

Thank you for the overwhelming response. Glad so many of you are sharing the film. I am not tech savvy but I am told I should put the video on IGTV. Here it is! Also sorry, the comment button was off on YouTube. Would love to know your thoughts, so do share. #ListentoHer #domesticviolence #unwomen #unesco #unfpa #unicef #southasiafoundation #nanditadas #ncw

Since being shared on Instagram this afternoon, the video has been viewed nearly 3,000 times. It has also collected over 5,000 views on YouTube.

"Powerful," wrote one person in the comments section, while another said: "Intense. Serious. Urgent. Thank you, Nandita Das."

"The issue needed some addressing and what a great way to do it," an Instagram user remarked.

In April, NCW chairperson Rekha Sharma had highlighted the issue of women being subjected to increased violence at home during the lockdown. "Because of the lockdown, women are not able to reach out to the police," she said, adding that actual numbers may be higher as some women are scared of reaching out for help due to the constant presence of their abuser at home. "Earlier women could go to their parents place but now they are unable to reach."