Watch: Mumbai Police Band Is Back With An Iconic Kishore Kumar Song

A video of the Mumbai Police Band recreating the song was widely shared on social media. 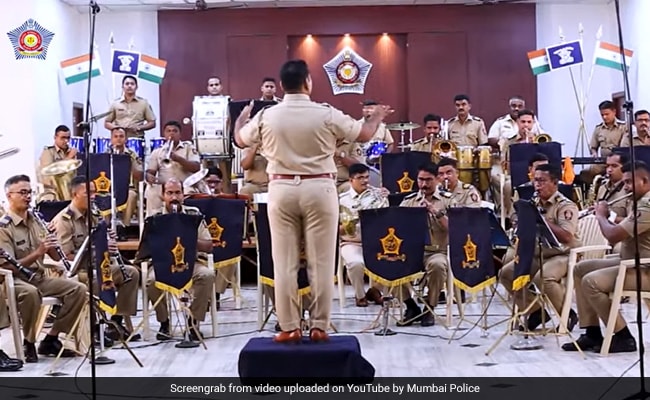 Mumbai Police has gained a strong fan following for their social media presence. With witty responses to citizen queries and an enviable meme game that can put millennials to shame, Mumbai Police has been a huge hit with social media users for a while. Now, with the latest Instagram post, they have won even more hearts. The department achieved this by sharing a video of the Mumbai Police Band recreating the Bollywood classic Mere Sapno Ki Rani. The band can be seen performing the instrumental version of the Kishore Kumar classic in the presence of a conductor, who is also a police officer.

The video of the band, named Khaki Studio, is interspersed with the iconic visuals of Rajesh Khanna and Sharmila Tagore from the original. The track from the 1969 film Aradhana was composed by the legendary SD Burman.

The upload provided details of the song in the title and Mumbai Police also added, “Khaki Studio”, “Musical Mondays” and “Mumbai Police Band” in the hashtags.

The video, which is over 4 minutes long, caught the attention of social media users, who praised the police officers for their talent. A person wrote, “This is so perfect.”

Another fan of the Mumbai Police department said, “Quite simply the best in India. Policing and everything else."

A user called it, “Classic.”

Several others followed suit and described the video as “perfect”, “amazing” and “lovely”.

This is not the first time in the recent past that the Khaki Studio has won hearts online. During Navratri, last week, the group played a medley of special festive songs as a treat to Mumbai citizens, who abstained from celebrating Navratri in large groups in light of COVID-19.

Sharing the video, the police department said, “An impromptu dedication to all the Mumbaikars, who resisted the temptation to gather for garba this Navratri. Here's a quick medley by Mumbai Police's Khaki Studio for a quick celebration right at home.”

With talent like this, we are sure Mumbai Police will have us all dancing to their tunes for a long time.

In Punjab, These Barber Siblings Are Turning Haircuts Into Works Of Art