Watch: Man Jumps Into Ocean After Ring Falls In During Proposal

A moment that was supposed to be romantic between a Florida man and his girlfriend turned pretty dramatic when the engagement ring fell in the water. 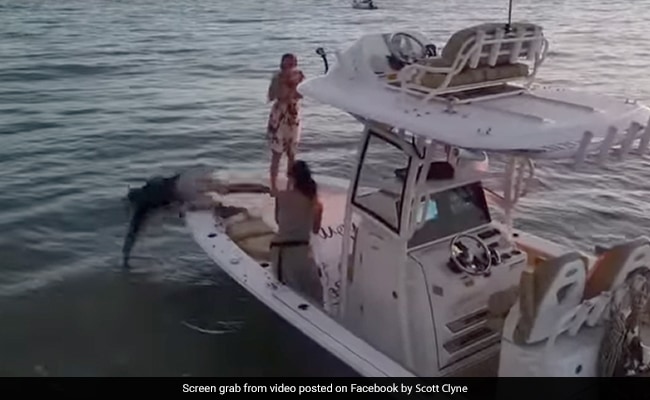 A lot of time and effort goes in to planning the perfect proposal when the guy decides to go down on one knee to ask his lover's hand in marriage. However, a moment that was supposed to be romantic between a Florida man and his girlfriend turned pretty dramatic when the engagement ring fell into the water.

In a video shared by Scott Clyne on Facebook, he along with his girlfriend Suzie Tucker can be seen standing on the boat admiring the beautiful view. The couple held out their arms in a romantic pose as the sunset featured as the stunning backdrop. Thinking it to be the perfect moment, Mr Clyne pulled out a ring box from his shorts pocket as he prepared to get down on one knee to propose.

However, the box slipped out of his hands and fell straight into the water. Without wasting even one second, he dived into the ocean and moments later, emerged victorious as he held the ring box in his hands, leaving his girlfriend in splits.

A friend, who captured the whole incident, helped Clyne by grabbing the ring from him and putting it safely on the vessel. After things calmed down, Mr Clyne resumed his proposal and his girlfriend said yes as she laughed off the moment and kissed him.

"I had the ring in my back pocket and when I went to reach for it, the corner of the ring box got caught on the top of my pocket and slipped out of my hands. Everything was an absolute blur from that point on! All I remember thinking was 'this can't be happening!' and the next thing I knew I was in the water. I didn't hesitate to jump in because I envisioned it sinking quickly and I wasn't taking a chance,'' Mr Clyne told theNew York Post.

''I saw it bounce off the deck and hit the water and thankfully it floated for a split second, giving me the chance to grab it as I dove in. Everything was a blur after that. I panicked and reacted by lunging for the ring box before it could sink, not caring if I fell into the water. Luckily, I was able to recover the ring!" he added.