Watch: He Was On Phone, Rode Bike Right Into 6-Foot Sinkhole 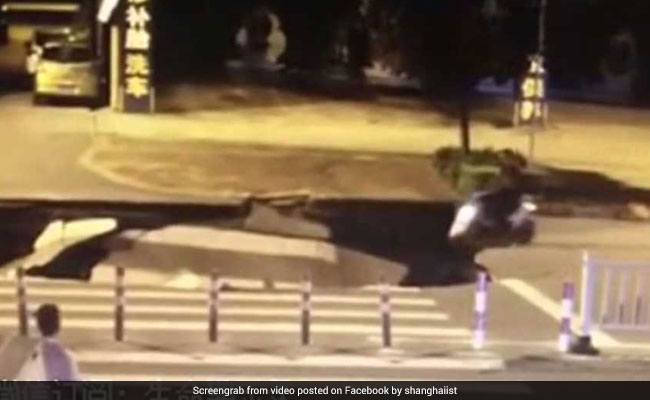 A man distracted by his phone drove right into a sinkhole.

A shocking video from China shows first a massive sinkhole forming suddenly on a road and then an oblivious driver falling straight into it. The incident took place in the Guangxi city of Beihai when a hole, 32 feet wide and 6 feet deep, according to the Shanghaiist, suddenly opened up on a road. Footage captured then shows a man, busy on his phone while riding a scooter, driving straight into the huge sinkhole.

The video shows a man, reportedly distracted by his cell phone, driving straight at the sinkhole without slowing down and then falling into it.

Fortunately, according to the Shanghaiist, the man was miraculously unhurt and managed to climb out of the hole himself.


Since being shared online just one hour ago, the video has been viewed over 14,000 times.

In January this year, a woman fell down an open basement door while she was busy texting while walking.
Click for more trending news