Malo is a traditional loincloth worn by some on the Pacific island of Hawaii, where Jason Momoa is from. 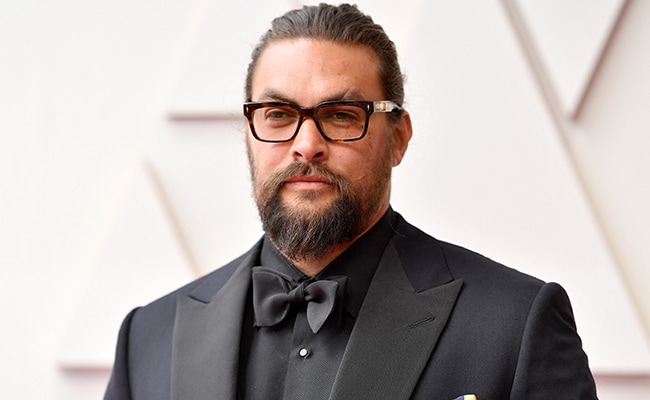 Days after giving a rare peek at his nearly nude physique in an Instagram post, actor Jason Momoa stripped down to a traditional Hawaiian loincloth called malo on 'Jimmy Kimmel Live' on Wednesday.

Talking on the US talk show, Mr Momoa, who is known for his performances in various films and in TV show 'Game of Thrones', addressed his latest social media photo that showed him fishing while wearing the malo. He told Mr Kimmel that the malo is now his "favourite" thing to wear, adding, "That's what I wear every day".

Malo is a traditional loincloth worn by some on the Pacific island of Hawaii, where he is from.

In the clip, Mr Momoa explained that he started wearing the loincloth in preparation for his role on Apple TV's 'Chief of War', but just kept it from there. "And I was just getting ready for the role, because I like to get into character, and so I was tanning my white a**," he said.

Mr Kimmel then asked, "That's comfortable?" To this, Mr Momoa then hit back saying, "Oh my God, yes. I actually don't like wearing clothes anymore. I mean, I'm in it every day. I wear it all the time".

When asked whether he was wearing one at the time, the actor then proceeded to remove his clothes and show off his malo, before exposing his whole backside to the audience. Mr Momoa even decided to have a little shake in front of Mr Kimmel's face, who laughed throughout the display and said, "Let me tell you, I've never felt more like Danny DeVito than I do right now".

The video was shared on YouTube just two back. Internet users flooded the comment section with heart and fire emojis.

"One user wrote, "I love how Jason Momoa is his authentic self and doesn't take himself too seriously. I'm just realizing how funny he is. Jimmy Kimmel really rolled with it". Another said, "Now I understand why people love him so much. Such a masculine yet gentle and has the best genuine laugh ever".

A third commented, "Jason takes his heritage seriously and connects with his roots and the ancestors.  It's a large part of the reason he has such a magnanimous personality. It's all real and coming from the inside out". "Jason has got to be one the most masculine yet gentle souls I've every seen. Jason is so charming you just want him to win," added fourth.