Watch: 245 People Jumped Off A Bridge Together

It was for a world record 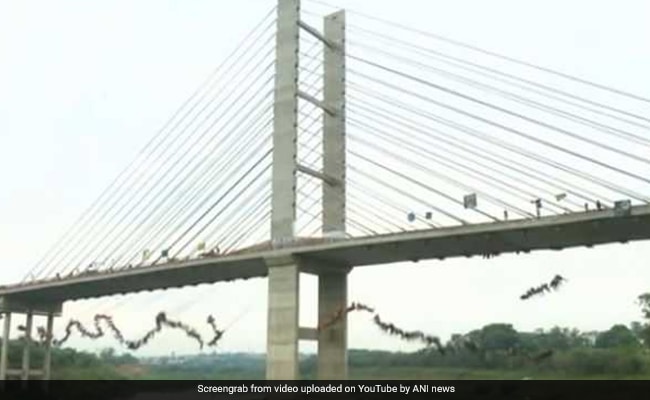 The record attempt was made on Sunday in Hortolandia, an hour from Sao Paulo, Brazil

In one adrenaline-loaded stunt, 245 people rope-jumped off a bridge in Brazil.

Attached to their harness, 245 men and women simultaneously leaped off a 30-metre-high bridge and swayed like pendulum in a world record attempt in Hortolandia, an hour from Sao Paulo.

Rope-jumping is an extreme adventure sport that involves jumping from a height while tied to a nylon rope which, unlike bungee jumping, doesn't bounce back.

Promoted
Listen to the latest songs, only on JioSaavn.com
Watch the jaw-dropping stunt here: