The design for this futuristic transport system features a series of pods inside a tube in which a near-vacuum environment is maintained. 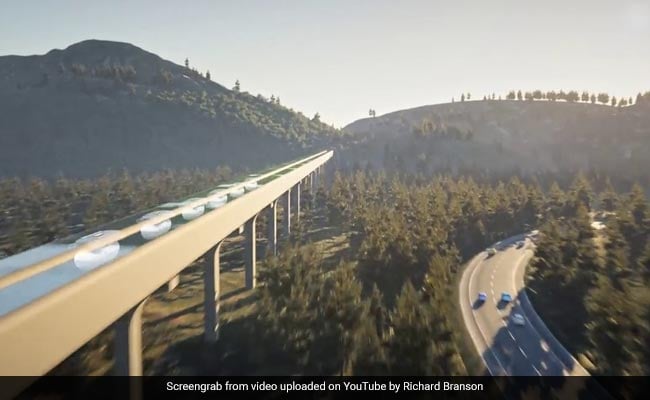 Virgin Hyperloop has released a video showing its vision for a high-speed transportation system which, it says, will allow passengers to travel at the speed of 670 miles per hour (or 1078 kilometres per hour). The company, which is part of Richard Branson's Virgin empire, claims that this new form of mass transportation will "set the standard for 21st century travel by connecting cities in minutes."

The design for this futuristic transport system features a series of pods inside a tube in which a near-vacuum environment is maintained. These battery-powered pods will glide at 670 miles per hour inside the tube that facilitates high speed by reducing aerodynamic drag. Unlike train cars, these pods will not be connected, which will allow them to travel to different destinations.

The video, shared by Richard Branson on YouTube, explained that these pods will eventually be able to seat 28 passengers each. "After building and testing the world's first hyperloop system, we are now focused on our commercial product; the key to our product is guided by a design that is elegant through its simplicity, future-proof due to its modularity, guided by principles of this century," Virgin Hyperloop said in the video, which was released Tuesday.

Marcelo Blumenfeld, industrial fellow for introducing innovation at the Birmingham Centre for Railway Research and Education, in England, told England that Virgin Hyperloop has a long way to go in developing a system that works like the one explained in the video.

"It's not feasible now," Mr Blumenfeld told CNN. "We don't have any idea yet when it will be feasible."

Virgin Hyperloop tested human travel in a hyperloop pod for the first time in November 2020. During the test, the pod reached only a 100 mph on the track.