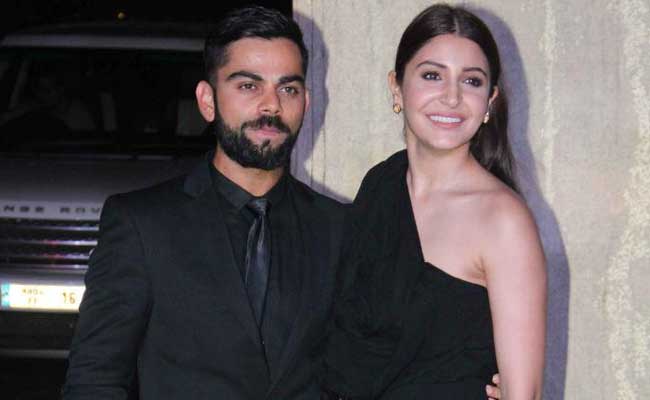 With 2016 nearly at the end (can we hear a hallelujah), Twitter has officially announced the year's most retweeted tweet. For an otherwise heartbreaking year (can we ever move on from Brangelina), it was also the year love won when Indian Test Captain Virat Kohli stood up for rumored girlfriend Anushka Sharma against trolls on Twitter. With nearly 40,000 retweets, his tweet is now the 'Golden Tweet' of the year.

Virat had shared the tweet with a picture of the word "SHAME" back in March, right after India reached the semi-finals of the World T20 championship. Though the couple had reportedly broken up at the time after dating for three years (they've reunited since then), social media trolled Anushka for Virat's performance on the field.

Promoted
Listen to the latest songs, only on JioSaavn.com
Virat took on the haters with an angry tweet.

Since March 29, the tweet has also amassed over 1 lakh 'likes' and 12,000 comments on the social networking site.

Twitter India has also announced the most 'influential moments' of the year. No prizes for guessing that Prime Minster Narendra Modi's 'Demonetization Scheme' topped the list followed by 'Women in Rio 2016' and 'IndvsPak for WT20'.

#YearOnTwitter Which Indian conversations rocked the world? See the most influential moments on Twitter in #India in 2016. #ThisHappenedpic.twitter.com/ZJnvbm8z3E

#YearOnTwitter Can you guess the list of the top 10 Twitter Hashtag Trends in #India for 2016? It was a great year for sports! #ThisHappenedpic.twitter.com/mZg1pjAA47

#YearOnTwitter Surprise! We have a NEW #1 on our list of Most-Followed #India accounts in 2016! Hint: he's not a movie star. #ThisHappenedpic.twitter.com/UKcQRkXG31