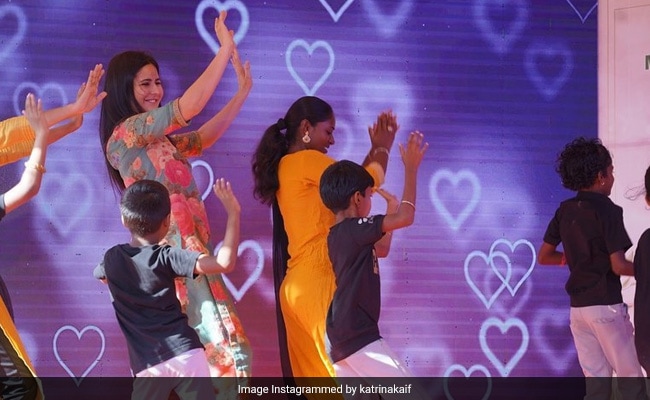 Another video also showed Ms Kaif on stage dancing with the school staff.

A video showing Katrina Kaif dancing to the viral 'Arabic Kuthu' song with school kids is gaining traction on social media. A fan account shared the short clip on Twitter on Sunday. It shows the Bollywood star grooving to the Tamil beats with children at Mountain View School in Madurai, Tamil Nadu. The song featured in Thalapathy Vijay and Pooja Hegde's movie Beast.

Since being shared, the video has garnered more than one lakh views and nearly 5,000 likes. Internet users flooded the comment section with heart and lovestruck emojis.

"She is sooooo cuteeeee!" wrote one user. "This is a vibe," added another. A third user said, "she's always a sight to behold when she dances," while a fourth commented, "The most adorable human being".

Another viral video also shows the Bollywood actress dancing on a stage with the school staff.

The most adorable human being ❤️#katrinakaifpic.twitter.com/xrTTLMVExF

Mountain View School in Tamil Nadu was opened in 2015 as part of Relief Project India, to provide English-medium education to underprivileged students. Ms Kaif's mother Suzanne has long been associated with the school and has been teaching there as well.

Back in 2020, Ms Kaif urged people to donate toward building classrooms for underprivileged children at the school. "Let us do our bit so that more and more children can fulfil their dreams. Considering the tough times we are in, it is even more important to be there for one another," she said.

Ms Kaif also added that through the initiative, she aims to work toward quality education without discrimination and spread awareness on issues such as female infanticide, foeticide and girl child education.

On the work front, Katrina Kaif last made an appearance in 'Koffee With Karan' alongside her 'Bhoot Police' co-stars Siddhant Chaturvedi and Ishaan Khattar.