Viral Video Shows Groom Playing PUBG At His Own Wedding

While his bride sits next to him, he continues to devote his full attention to PUBG 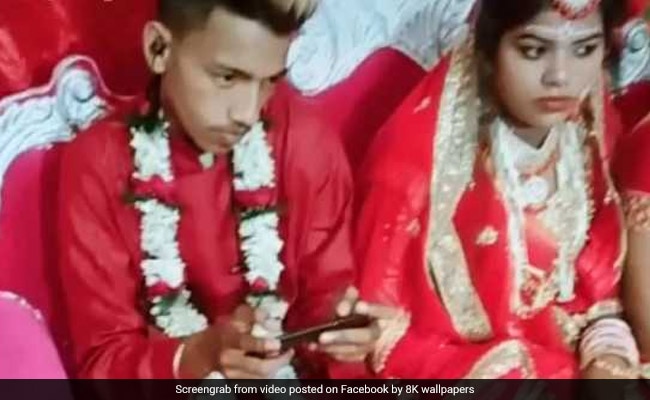 A video of a groom playing PUBG at his own wedding has gone viral online.

Online multiplayer game PUBG has taken the world by storm, and this video is proof. The video, which has been shared widely online, shows a groom busy playing PUBG... during his own wedding! While his bride sits next to him (not amused in the least), he continues to devote his full attention to the addictive game, even brushing aside a gift he was handed at one point.

The video was originally uploaded on the video sharing platform TikTok, and has gone viral from there. One version on Facebook alone has been viewed over 4-lakh times. It is not clear when and where the now-viral video was filmed.

While it is not clear whether the video is staged or this incident actually happened, it has definitely left netizens amused.

"He is a pro player. Do not disturb him," laughed one person in the comments section. "Hahahah," said another.

The hugely popular game PlayerUnknown's Battlegrounds or PUBG was recently banned in Gujarat over concerns about its impact on the "behaviour, conduct and language" of those playing it.

What do you think of this viral video? Let us know using the comments section.