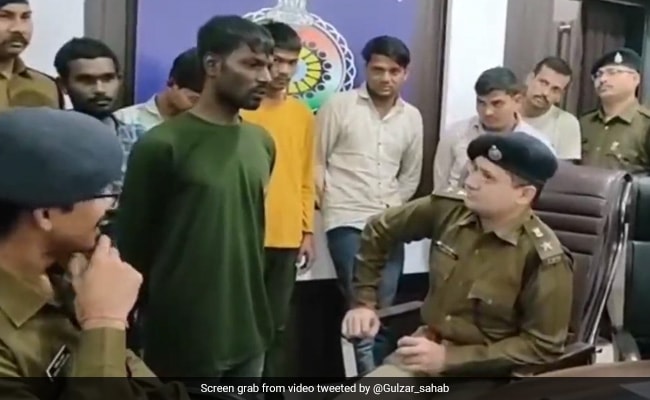 A video is going viral on the internet of a thief being interrogated at a police station in Chhattisgarh's Durg. In the hilarious clip, the thief confessed that he stole Rs 10,000 and when Durg Superintendent of Police Dr Abhishek Pallava asked him what he did with the money, he claimed that he has spent all the money feeding strays and cattle. The thief also shared that he had distributed blankets among the poor.

The conversation between the thief and the police is too hilarious to miss. During the discussion, Mr Pallava asks the thief, "Kaisa laga chori karne k baad?" (How are you feeling after stealing?)The thief replied, "Chori karke achha laga lekin baadme pachtawa hua, sir ." (I felt good after stealing but now I am regretting it.) The cop then asked, "Baadme pachtawa hua, kyun?" (Why did you regret later?) The thief answers, "Galat kaam kar diya hoon." (I made a mistake) The officer then asked, "Mila kitna tumko chori ka maal?" (How much money did you steal?)

He shared that stole Rs 10,000 and confessed that he donated the money to the poor. The officer then asked the thief, "Mila hoga tumko aashirwaad?" (Did you get the blessings?) The thief replied, "Dua hai, sir." (Blessings are there, sir). People present in the room laughed.

The video shared on Twitter by a page named Zindagi Gulzar Hai has received more than 9 lakh views and several comments. A user commented, "So much fun and a good story." "Must appreciate the Honesty of this Man," wrote another man.

"He thought if he showed his Robinhood side, so police would release him," the third user commented.

"Politicians, bureaucrats, Police should learn from this simple man that firstly they should not earn by corrupt means and secondly be a Robinhood," the fourth expressed.