"This not a black panther which might excite you," wrote IFS Sudha Ramen. 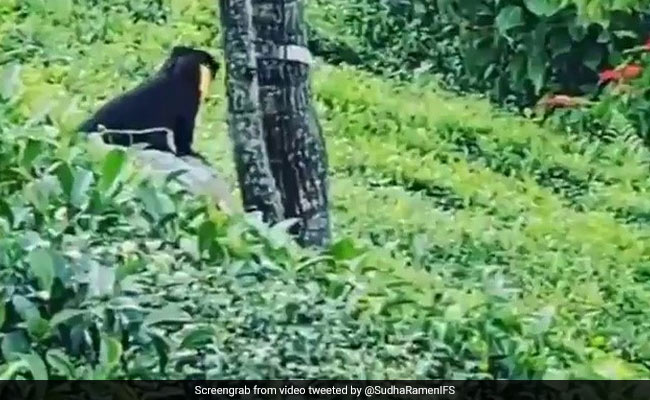 On a sloping green hillside, a black-coated animal sits calmly. At first glance, it appears to a black panther - the elusive big cat that has fascinated many. When the camera zooms in, however, it becomes apparent that the animal is not a panther or, indeed, any other big cat. It is, in fact, an elusive species of a different kind.

A Nilgiri marten was captured on camera and the video is now viral on social media. Indian Forest Services officer Sudha Ramen was among those who shared it. "This not a black Panther which might excite you. This is Nilgiri marten, an arboreal animal endangered and endemic to the smaller pockets of Western Ghats. This is the only Marten species available in South India," she wrote while sharing the clip. In the comments section, she added that Nilgiri martens usually feed on smaller birds and very small animals.

This not a black Panther which might excite you. This is Nilgiri marten, an arboreal endemic and endangered animal to smaller pockets of Western Ghats. This is the only Marten species available in South India. pic.twitter.com/iGNKi29tqD

The clip has collected nearly 31,000 views on Twitter, along with hundreds of 'likes' and fascinated comments. Many Twitter users confessed that it was the first they had heard of such an animal.

"Hearing and seeing for the first time," wrote one person in the comments section.

"Nature brings in so many surprises. I did not know of this animal," said another.

Just 5 Adorable Videos Of Baby Elephants To Brighten Your Day