US High School Bans Mobile Phones, Students Are Happier Than Ever: Report

The institution-wide embargo prohibits both students and faculty and staff from using iPhones and Androids on the 114-acre campus. 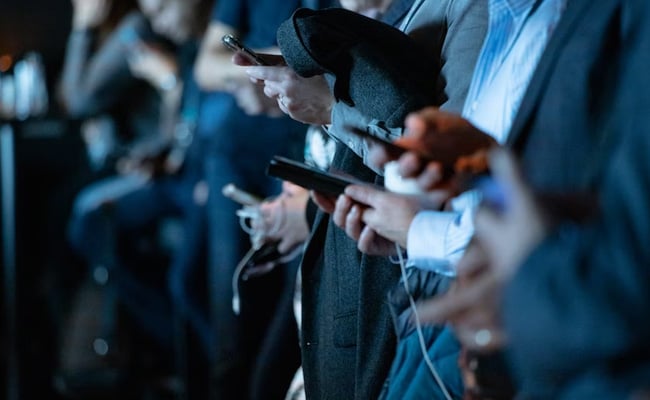 The ban has improved both academic and social life at the school.

When in-person classes after Covid-19 pandemic began at Buxton School, a high school in northwest Massachusetts, United States, the faculty noted that as the usage of smartphones grew increasingly, the sense of community eroded and the students no longer interacted with each other, as per a report in the New York Post.

Head of School Peter Beck told the Post that "the students had completely forgotten the basics of face-to-face interaction" since they spent a lot of time on their smartphones. He also added that the students faced difficulty conversing with each other and "their ability to be with or sit with other people was completely gone."

Noticing all this, the faculty of the school decided to implement a ban on smartphones. The institution-wide embargo prohibits both students and faculty and staff from using iPhones and Androids on the 114-acre campus. It went into effect at the start of the academic year this past September and it has been a huge success so far, according to the outlet.

Talking to the Post, the Head of School said, "The students are thriving. They have adjusted so well to the change." He said that the change was needed but didn't think that it was actually possible. Mr Beck said that some students were scared hearing the announcement. He continued, "They couldn't imagine what it would be like to not have this device that has become a crucial part of every second of their lives."

Students who live nearby are required to leave their phones at home, while those who are in boarding are required to leave their devices in the school coordinator's office until the end of the semester. However, the students are not completely disconnected from the world. The Post informs that each student was given a Light Phone, which is a sleek gadget with minimal features. It can make and receive calls and rudimentary texts. As per its website, it "will never have social media, clickbait news, email, an internet browser, or any other anxiety-inducing infinite feed."

It is further informed that students can also use desktop computers to access social media at the end of the school day. The ban has improved both academic and social life at the school.

One faculty member also added that students take permission to go to the washroom much less now. They believe that students usually used the restroom "to text or check TikTok."