The now viral post is being appreciated by social media users for the man's positive outlook towards life. 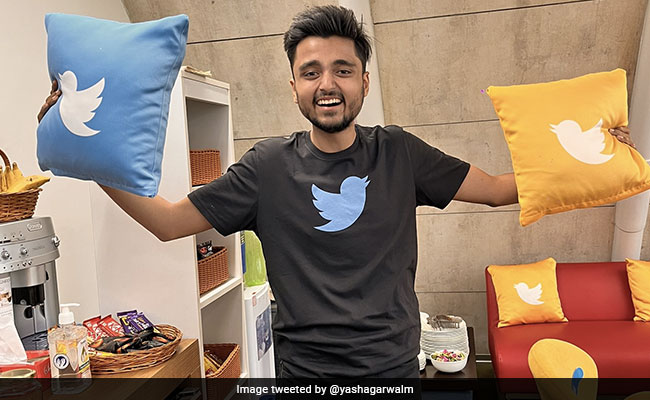 After billionaire Elon Musk's takeover of Twitter, employees of the social media giant were under a cloud of uncertainty about their future at the company. However, the company announced employee layoffs are expected to get underway on Friday and about half of Twitter's 7,500 workers appeared set to lose their jobs, according to a report.

Some employees have already started receiving mails about their dismissal and have been posting about the same on the microblogging platform. While many are angry and heartbroken about the move, one employee who got laid off took to the platform to share the news in a cheerful manner. He said "Just got laid off. Bird App, it was an absolute honour, the greatest privilege ever to be a part of this team, this culture #LoveWhereYouWorked #LoveTwitter"

Just got laid off.
Bird App, it was an absolute honour, the greatest privilege ever to be a part of this team, this culture 🫡💙#LoveWhereYouWorked#LoveTwitterpic.twitter.com/bVPQxtncIg

The 25-year-old was not heartbroken about him being fired but in turn appreciated his time spent at the company. He also shared a picture of himself holding two cushions having Twitter's logo. It appears that the picture was taken at the Twitter office. As per his bio, Yash Agarwal worked in the Public Policy team of the social media platform.

The tweet was posted a few hours ago and has received over 3,300 likes and several comments. Many users appreciated his positive outlook towards life and wished Mr Agarwal luck for his next adventure.

One user said, "Sending lots of love! Your work has always been inspiring, I'm sure you're gonna keep doing amazing things, as they come next."

"This positive outlook towards life is rare to see. Wish you unmatched success and happiness in everything you choose to do! Best wishes for your future endeavors!," added another user.

Another user wrote, "Never ever seen or read laid off tweet with so much of energy and enthu. Wishing you all the best and you will get a great opportunity."

"From a hobby, to habit. From source of news to income, twitter has been amazing for you. So glad you got to do this. Time for the next challenge!"