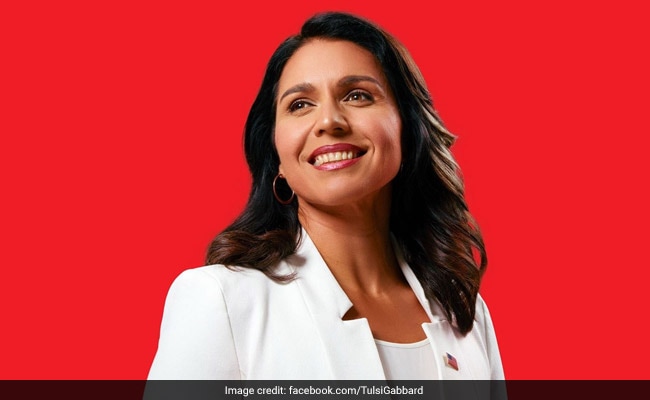 Tulsi Gabbard voted "present" on both articles of impeachment against Donald Trump.

Democratic presidential candidate Tulsi Gabbard did not support the impeachment of US President Donald Trump on Wednesday, defying party line. Tulsi Gabbard was the only member of Congress who voted "present" on both the articles of impeachment against Mr Trump - a move that was met with sharp criticism on social media. All but two Democrats voted "yes" for impeachment, while all Republicans voted against it.

Mr Trump was impeached by the House of Representatives on charges that he abused his office and obstructed Congress. Ms Gabbard was the only member of the House who cast a vote but effectively abstained.

"I am standing in the center and have decided to vote present. I could not in good conscience vote against impeachment because I believe President Trump is guilty of wrongdoing," she said, according to CNBC News.

"I also could not in good conscience vote for impeachment because removal of a sitting President must not be the culmination of a partisan process, fueled by tribal animosities that have so gravely divided our country."

Ms Gabbard's "present" vote, and her refusal to take a stand, was widely mocked on Twitter, where "Tulsi Gabbard" has been trending with over one lakh tweets.

“When things got tough, I showed up. Literally. I was physically in attendance.” - Tulsi Gabbard to her future grandchildren

Did I just hear that Tulsi Gabbard votes PRESENT, not YES, for Trump's Impeachment? WTF??? pic.twitter.com/A34MnrgqAL

Tulsi Gabbard showed up, refused to vote on whether or not Trump should be impeached, then collected her taxpayer-funded paycheck and left. This woman is a disgrace.

Tulsi Gabbard is getting a lot of criticism tonight, but I personally think it's courageous to see a Republican refuse to vote against impeachment.#ImpeachmentDay

America: "Do you think treason is good or bad?"

The Democratic-controlled House passed two articles of impeachment against Donald Trump, making him the third president in US history to face trial in the Senate - a proceeding that will determine whether he is removed from office less than one year before he stands for reelection.

Ever Seen a White Kangaroo? Australian Woman Too Was "Blown Away"