Incredibly, the baby obeyed and was born 12 hours later 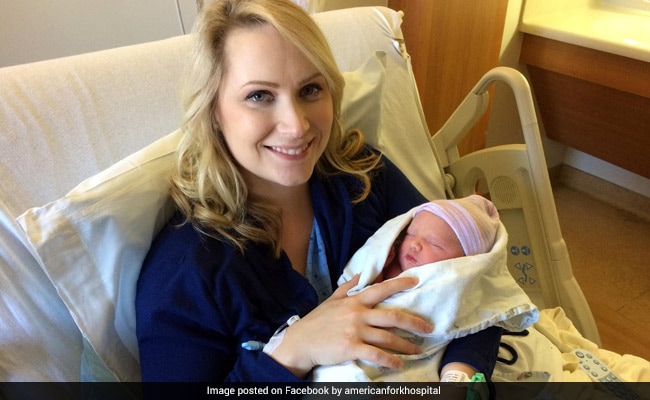 "You have committed a nuisance because: Mummy is uncomfortable and running out of room for you," reads the eviction notice for an unborn baby. A pregnant mom, tired of waiting, served her unborn baby with an eviction notice, signed by a judge. Incredibly enough, the baby obeyed and was born 12 hours later.

Kaylee Bay, from Utah, US, was pregnant with her third child when she began to experience labour pains on October 16, reports Bay Today. The pains, however, soon stopped, which is when Kaylee, who works at a court, decided to serve her unborn baby an eviction notice.

The legal notice seemed to have worked, for Gretsel Connie Hansen was born just 12 hours later.

The American Fork Hospital on Wednesday released pics of the happy mum with her baby girl, as well as the hilarious eviction notice:


According to them, this was the first eviction notice that the judge had signed for an unborn baby in his 31 years of service.

Promoted
Listen to the latest songs, only on JioSaavn.com
"He told me, 'If it really works, I want it framed.' It did, and I'm going to frame it for him," says Kaylee.