8.4 million views for the video 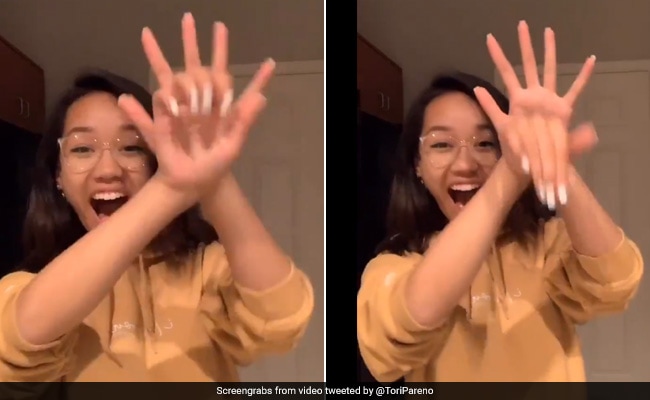 A woman's hand trick video has gone viral on Twitter.

An optical illusion video that has gone viral online might just make you rub your eyes in disbelief. The clip was originally posted to video-sharing platform TikTok by a woman named Tori Pareno, who later shared it on Twitter. In the video, she creates an optical illusion by moving her fingers quickly to make it appear as if the palm of one hand is moving through the other. Coupled with peppy music in the background, the trick has left many Twitter users doing a double take.

"Here's something trippy for your night," wrote Tori Pareno while sharing the video on Twitter on Thursday. Take a look at her optical illusion video below:

here's something trippy for your night lol pic.twitter.com/lkcX25mgri

The video has been viewed over 8.4 million times since being shared online. It has also more than 5 lakh 'likes' and collected hundreds of impressed comments, many from people trying to figure out how the trick works:

me after replaying this video more than 10 times and still can't figure it out how she does that pic.twitter.com/2MaXMvrsKq

i did ur thing but with LED gloves :^) pic.twitter.com/yh1jGlEXp9

This isn't the first time that an optical illusion video has given social media users a headache. A few months ago, a video of an arrow that wouldn't point left, no matter how it was turned, left the Internet totally flummoxed.