This Odd Detail Gave Away Instagrammer's Photoshop Fail. See It? 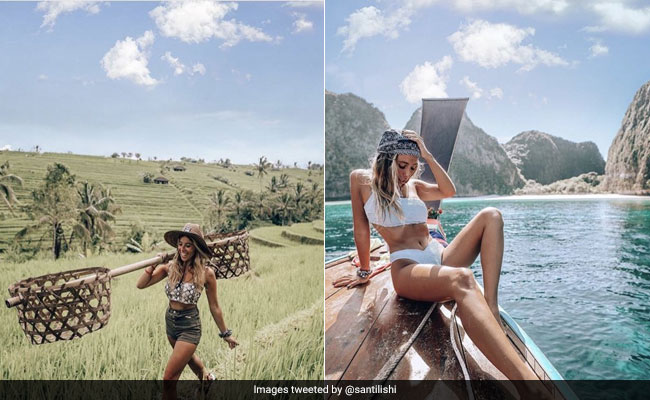 Tupi Saravia has been called out for digitally altering her pictures.

An Instagram influencer has been called out for Photoshopping her pictures after eagle-eyed netizens noticed one strangely-consistent detail in all of her photographs. According to 7 News, Argentinian travel blogger Tupi Saravia went viral after social media users noticed that pics of her travels around the world all had one thing in common - the same clouds.

"No matter where you travel, it is always followed by the same cloud," Twitter user @SantiLishi posted, sharing pictures that show Ms Saravia in Bali, Thailand and Italy. The post has now been deleted.

Twitter user Matt Navarra also found a few pictures of Ms Saravia with the same clouds in the sky.

This travel ‘influencer' spookily has the same clouds in every photo. 😲🤔😆 pic.twitter.com/uYzXhTiRJp

The Photoshop fail, as many are calling it, has led to a number of jokes and some angry comments.

"It goes to prove that the digital world and the real world really are night and day," wrote one Twitter user. "Must be her favorite cloud," another joked.

However, Ms Saravia, who has now set her Instagram profile to 'private', told Buzzfeed News that Photoshopping is something she's always been open about.

"I used an app called Quickshot to help the composition of the photograph when the sky is burned or overexposed," she said. "They [her followers] were always aware about this because I never hide it."