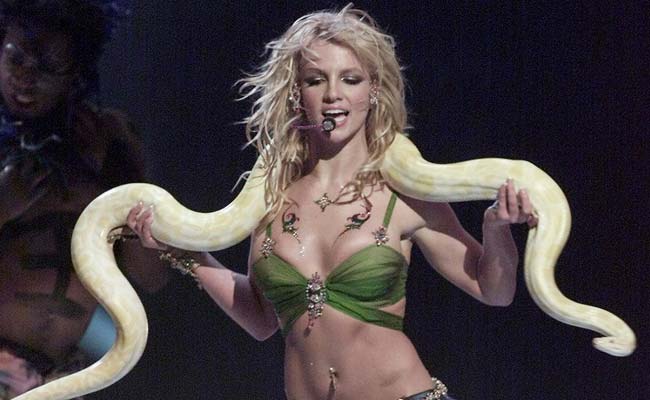 In 1999, Britney Spears forced her way into our lives singing Baby One More Time and broke so many international sales records that she instantly became a household name. Whether we now like to admit it or not, but back then we were hooked. She could sing, she could dance, she was pretty and her antics kept us entertained.

She's seen soaring highs and she's seen staggering lows but nothing, and I repeat, NOTHING gets quite as low as what we hear on this leaked audio track from her next album, Britney Jean (sounds strangely like MJ's hit single, Billie Jean).

At the beginning of this song Britney sounds like she has a severe cold but by the end, the sound of her singing is similar to a badly scratched music CD. Or an out-of-tune gramophone. Or a combination of both.

The name of the track is Alien, and by the time you are finished listening, you begin to think that perhaps she's actually trying to tell us what those outer space beings sound like. Ears have been scarred for life.

Here's the before auto-tune track:

Here's the after auto-tune version. Doesn't make the sound any better though:


However, she isn't the only one to use auto-tune. Pop stars have been using it to 'enhance' and sometimes make up for lack of talent .

Here are some of the most famous artists who've used autotune:


Ke$ha, the lady who for some reason wakes up in morning feeling like P Diddy.


Shocked? It's true. She Will Be Loved by Maroon 5 is indeed autotuned.


Nicky Minaj, the lady with the crazy make up did it too.


Promoted
Listen to the latest songs, only on JioSaavn.com
And of course our very own Priyanka Chopra. Nobody can sound that robotic in real life: