This Hilariously Relatable Salman Khan Meme Is Viral On Twitter 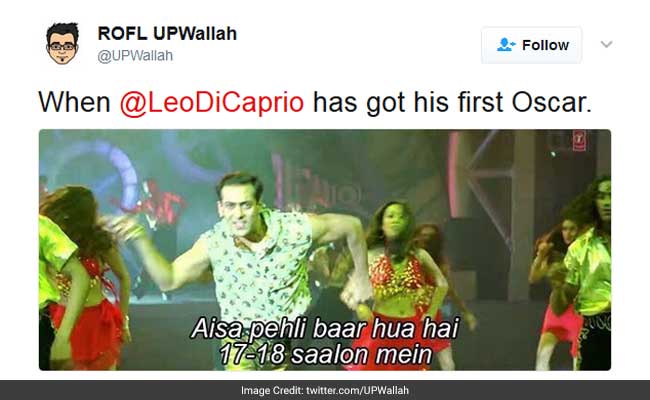 This still from the 'Har Dil Jo Pyar Karega' has gone viral on Twitter.

New Delhi: Remember the song 'Aisa Pehli Baar Hua Hai' from Salman Khan's Har Dil Jo Pyar Karega? Well, like everything else in 2017, this too is a meme now. A still from the song went viral on Twitter yesterday as netizens captioned it with hilariously relatable situations. Earlier this year, another still from the movie of Rani Mukherjee on a hospital bed had gone viral. This time, it is a still of Salman Khan dancing. Taking the literal translation of 'aisa pehli baar hua hai 17-18 saalon mein' (something like this has happened for the first time in 17-18 years), tweeple shared their own experiences of things that happen once in a blue moon. Take a look and laugh out loud:

Promoted
Listen to the latest songs, only on JioSaavn.com
That's rare

@coolfunnytshirt When someone finds a script in salman khan's movie pic.twitter.com/uylrmjsPr6

When you reach office on time. pic.twitter.com/WEKEL447N9

The stuff of pop culture legend

When @LeoDiCaprio has got his first Oscar. pic.twitter.com/SEtQk7TEp4

@HaramiParindey When your leaves get approved by your manager in the first attempt. pic.twitter.com/n0E1CkcJiY

How many of these jokes could you relate to? Do let us know using the comments section below.