The Fuzz On The Floor Moved: Family Discovers 18 Snakes Living Under Bed

Of the 18 snakes in the room, 17 were babies and one was the mother 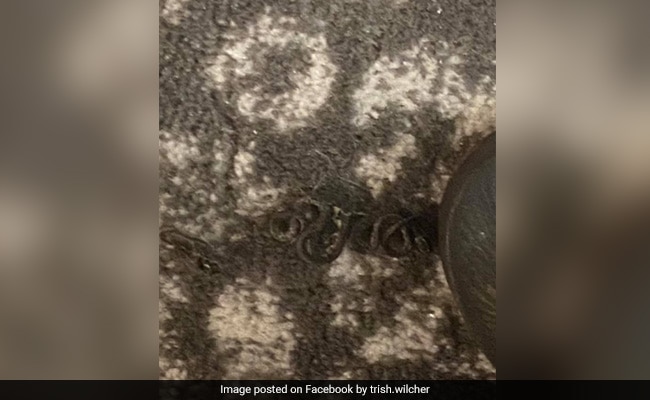 A family in Georgia found 18 snakes living under their bed.

Uninvited guests can often be an unpleasant experience. But what if you have nearly 20 of them in your house and they are not humans, but reptiles. In a bizarre incident reported in the United States of America, a family in Georgia discovered that the space beneath their bed was home to not one but 18 snakes. The incident came to the fore when Trish Wilcher, a woman from Augusta, shared images of the snakes on her bedroom floor and explained that she was “freaked out” by the discovery. In the post, Ms Wilcher wrote, "Look at all the baby snakes in my bedroom...I am freaked out."

The family revealed that they made the discovery after Ms Wilcher found something "fuzzy" on the floor and tried to pick it up. Speaking to WJBF News Channel 6, she said, "Before going to bed, I spotted what I thought was a piece of fuzz on the floor, went to reach for it and it moved,” adding, "And a second later, another moved and I went to my husband, ‘we have snakes!'”

Soon, Ms Wilcher and her husband Max Wilcher were able to put a figure on the number of snakes that were nestled under their bed. In another Facebook post, she updated her followers that they had managed to identify "17 babies and one momma."

Sharing details, she wrote, "Ok we have turned the bedroom upside down… found 17 babies and the momma.  Up the street they have cleared some land that has been grown up for some time now … therefore we were the home spot for her litter!... Just glad I saw that little tiny piece of what I thought was fuzz and went to pick it up!"

Following this, Mr Wilcher used a grabber tool to rescue the snakes and placed each one in a linen bag. “He brought them out there to the creek area and released them there,” Ms Wilcher was quoted as saying.

It came as no surprise that the incident received a range of responses from people on the Internet. While some were applauding the couple's courage, some wondered how the family was unaware of the snakes' presence before.

Replying to Ms Wilcher's post, one user who goes by the name Kandarp Singh said, "18 Snakes, I am not putting my legs on floors for a while now."

Another person, with the user name Debra McClain said, "Oh my goodness!! I would be petrified. I probably would have either left that house for a long while or just sold it."

"Wow! You have to be very brave! I would not have said a word and MOVED!" confessed Sue Butler.

The news could even cost Augusta, Georgia a new resident, one comment hinted. A user named Jennifer Dean wrote candidly, "Yeah see no. We just considered renting a home in Augusta yeah um no."

Another user, Tangela Hill Phillips asked, "The question is how no one knew a mama snake was in the room..." Referring to just how unbelievable the whole scenario was, one user by the name Teena Foss said, "That's gotta be a hoax!"

Well, tell us what you would do if ever faced with such a situation in the comments below.