This Dog in Madhya Pradesh Has an Aadhaar Card. Owner is Now Arrested 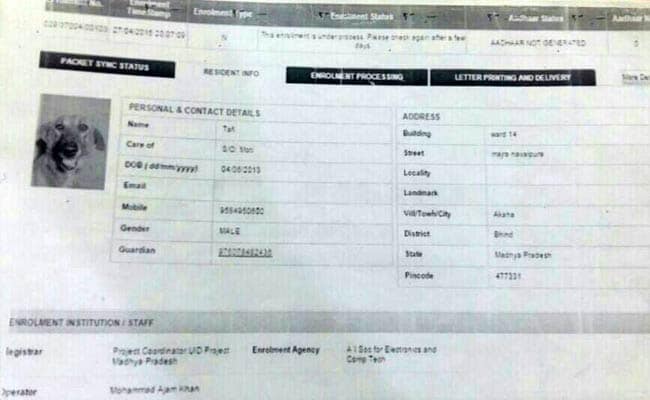 Mohammad Azam Khan, a supervisor at the Umri Aadhar card centre, took his love for his pet to a whole new level by getting an Aadhar card made for it.

Bhind, Madhya Pradesh: It's no secret that a lot of people treat their pets like family, which is only as it should be. But here's a cautionary tale for those amongst them who tend to forget boundaries - a man in Madhya Pradesh is paying a hefty price for ignoring the fact that his dog was not, in fact, human.

Mohammad Azam Khan, a supervisor at the Umri Aadhaar card centre, took his love for his pet to a whole new level by getting an Aadhaar card made for it. The card was issued to Tuffy.

The matter came to light after one of the locals, Akhilesh Singh Yadav filed a police complaint saying the local Aadhaar centre had issued a card to a dog, even as he had been made to run from pillar to post to get one made for himself.

Mr Khan has now been arrested and police have confiscated the dog's Aadhaar card. They are also trying to find out if more cards have been issued to animals.

"I have been mentally disturbed for a few months now because of problems at my home. I have not been myself lately and so, two months ago, I got my dog's Aadhaar card made," explained Mr Khan.

Earlier this week, a bizarre image of an admit card that had a dog's picture on it also surfaced. The card was made for a certain Soumyadip Mahata for a common entrance examination at the West Bengal State Council for Vocational Training. Only instead of his photo, a dog's picture had been attached on the card. 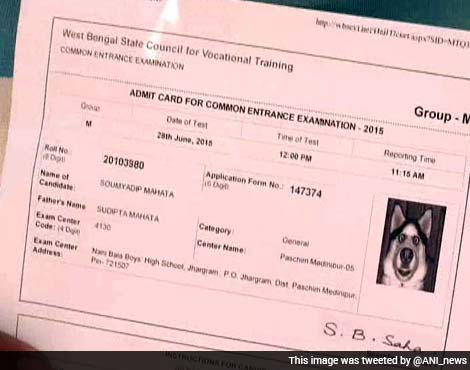 What do you think - goof ups or simply deluded? Do share your thoughts in the comments section below.