We chose the best from the KBC meme explosion 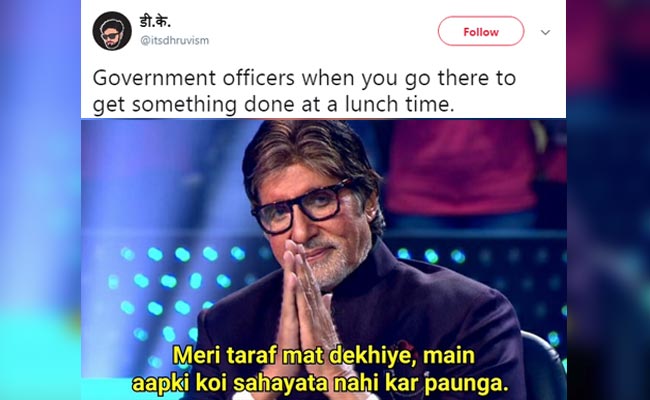 India's favourite quiz show Kaun Banega Crorepati was renewed for its 9th season earlier this year and the stellar Amitabh Bachchan once again took up the host's chair. This time, many of his iconic dialogues from the quiz show have been transformed into hilarious memes by the people of Twitter. From the very well-known 'Deviyon aur sajjano' to 'Bahut ki umda kheli aap', all his best lines have been turned into the funniest memes. They have been all over the Internet for the last few days, so we decided to compile the best KBC memes for you to laugh at.

Guy *gets into a relationship*

Me to relatives at family functions after getting good marks in exmas. pic.twitter.com/hBcDV9ZsRW

Government officers when you go there to get something done at a lunch time. pic.twitter.com/LpTZO2fLLm

Me after studying for 33 seconds pic.twitter.com/ndxeGGTSmM

When the iPhone X was announced. Me to my kidney pic.twitter.com/Kl829HcOR3

Me : Kuchh paise de do

Me *looks at elder brother*

Which meme was your favourite? Let us know using the comments section below.Click for more trending news