The India Connection To Emma Watson's Beauty And The Beast Costumes 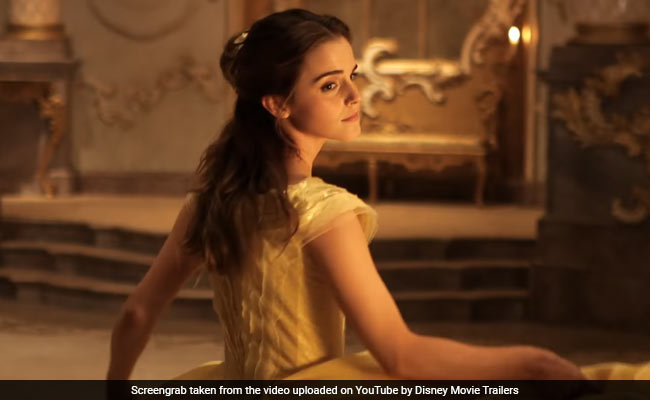 Disney's live-action remake of Beauty And The Beast is winning hearts and breaking records all over the world. With a superb star cast, stunning sets and gorgeous costumes, the movie is a visual treat for the audience. However, did you know that Emma Watson aka Belle's costumes in the movie actually have an Indian connection? Yes, that's right - those beautiful flowing gowns have been worked on by Indian craftsmen. The movie's assistant costume designer, Sinead O'Sullivan, recently took to Instagram to reveal how.

According to her Instagram post, the lovely Aari work on Belle's bodice was actually done by two brothers from Gujarat. Kasam and Juma from Bhuj are to be credited for the traditional Indian form of embroidery that lent itself to eighteenth century French floral designs for Beauty And The Beast.

In the caption, Ms O'Sullivan explains that Aari threadwork is a very fine chain stitch that is traditional to Gujarat. We have to say that the fusion of east and west looked exquisite. In another Instagram post, the designer also talks about how many of the fabrics used for the costumes were sourced from fair trade co-operatives in India and Nepal.

@beautyandthebeast is out today! I was an assistant designer to Jacqueline Durran on the job, which had a costume team of almost 100 people. As a team, we tried to source ethical, fair-trade and sustainable fabrics wherever possible. For Belle's "red cape look" in particular we decided to challenge ourselves to see how difficult it would be to create a costume that was head to toe fair-trade, organic and sustainable, but which didn't compromise Jacqueline's design. We contacted Eco Age, who provided us with a set of criteria which we could adhere to. All of the production was done in our in-house workshops, and the whole costume team got involved in the challenge. This specific costume required 12 different fabrics to make her cape, jacket, blouse, bodice, skirts and bloomers, with trims and ties, and we ensured that each element was certified organic and fair-trade. Our dyeing team took on the challenge of using natural and low impact dyes, and printing with traditional wood blocks, which the set carpenters helped make in the construction department, from redundant bits of the set. Some of the fabrics and trims used were vintage, including the cape which was made from hand-woven Scottish Jacob's wool, that was then over-dyed using madder. The fabric for the jacket was made using a hand-woven linen found on E-bay, which was actually a lady in manchester's school project from the 1960's. The rest of the fabrics were sourced from fairtrade co-operatives in India and Nepal. #whomademyclothes #whomademycostume #ethicalcostume #ootd #jacquelinedurran #fairtrade #behindthescenes #beautyandthebeast #artisan #organic #naturaldyes #vintage #disney #sustainable @beautyandthebeast

What do you think of the surprising Indian connection in Beauty And The Beast? Do let us know using the comments section below.
Comments
beauty and the beast