The Bicycle That Helped Amartya Sen Win The Nobel Prize

"Bicycles are not a common tool in economic science, but Amartya Sen's bicycle played a role in his research." 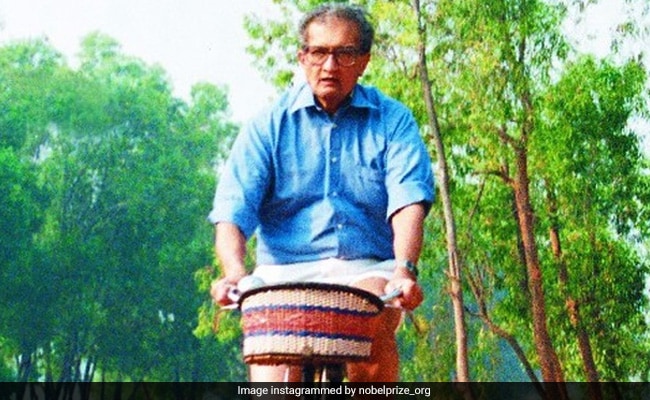 Amartya Sen bicycled through the countryside of West Bengal to conduct research work.

Among the many artefacts on display at the Nobel Museum in Sweden is Amartya Sen's bicycle - a vehicle that helped him win the prestigious Nobel Prize in 1998. On World Bicycle Day yesterday, the Nobel Prize team took to its official Instagram account to share the story of the bicycle and how it played a role in the economist's research. "Bicycles are not a common tool in economic science, but Amartya Sen's bicycle played a role in his research," they wrote.

A large part of Amartya Sen's work deals with the conditions of the "most impoverished members of society" and how they can be improved. While researching the differences between baby girls and boys for a study, Mr Sen employed an assistant to bicycle around the countryside of West Bengal and weigh the children. However, obstacles arose when the children, not wanting to be weighed, started biting the assistant he employed.

"He asked his students if they would collect the data for him but the students refused. They didn't want to leave the campus," said Tobias Degsell, curator at the Nobel Museum, according to the Economic Times. "So he biked around the Indian countryside and weighed the children himself. He collected the data, which he later used to help develop the Human Development Index, along with others."

For his studies of social choice, welfare measurement and poverty research, Amartya Sen won the Nobel Prize in 1998.

Bicycles are not a common tool in economic science, but Amartya Sen's bicycle played a role in his research. A large part of his work is concerned with the conditions of the most impoverished members of society and how these can be improved. In a study on differences between baby girls and boys, he employed an assistant to weigh the children. Problems arose when the children did not want to weighed and bit the assistant. The episode ended with Sen bicycling through the countryside of West Bengal, weighing the children himself. Amartya Sen was awarded the Prize in Economic Sciences in 1998 for his studies of social choice, welfare measurement and poverty research. . . . #WorldBicycleDay #bicycle #economics #economicsciences #research #NobelPrize #NobelLaureate

The Nobel Prize Instagram post about Amartya Sen's bicycle, shared along with a picture of the economist cycling, has collected over 7,000 'likes' and a ton of comments since being shared on Wednesday.

"What a cool story and wonderful human being!" wrote one person in the comments section.

"This is wonderful," said another.