"In the future we want astronauts to be able to eat Thai food," said a spokesperson for Thailand's Geo-Informatics and Space Technology Development Agency (GISTDA). 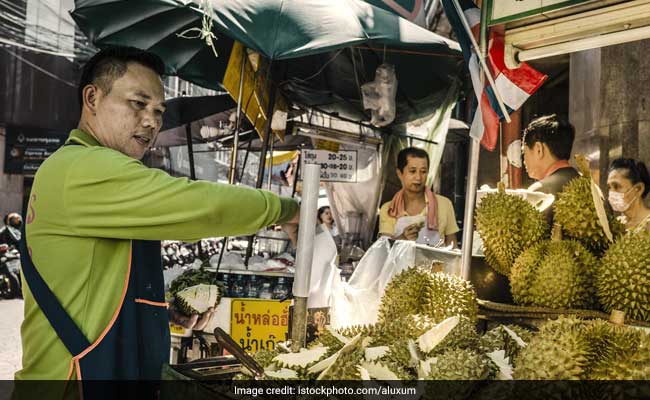 The fruit is infamous for its pungent smell, prompting bans on durians in hotel rooms and airplane cabins

Bangkok, Thailand: It's one small step for Thailand, one giant leap for Southeast Asia's smelliest fruit.

Thailand plans to shoot durian into orbit to test its durability in a project that could see the staple "king of fruits" consumed in zero-gravity conditions.

"In the future we want astronauts to be able to eat Thai food," said a spokesperson for Thailand's Geo-Informatics and Space Technology Development Agency (GISTDA).

"We want to see whether there are any physical changes after it returns to earth, for example it might get smaller, or cracked."

The sticky snack is eaten across the region and is both famous for its popularity and infamous for its pungent smell, prompting bans on durians in hotel rooms, elevators and airplane cabins.

The fruit's reputation raises questions about how it will be received inside such close confines as a spaceship. 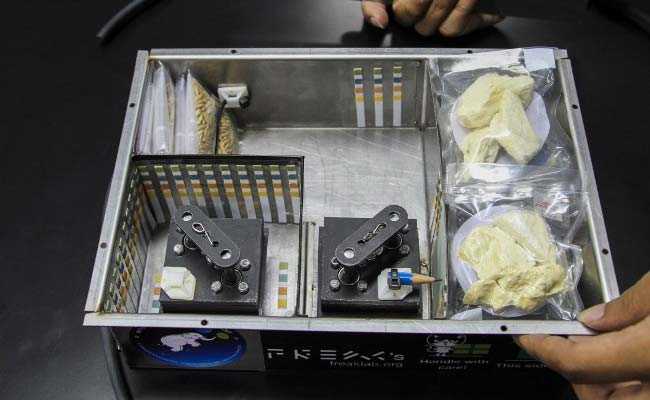 This handout picture released by Geo-Informatics and Space Technology Development Agency (GISTDA) shows packages of durian (R) and rice grains in a box, which is being prepared to send into orbit. (AFP/GISTDA)

But the test, carried out with an organisation that has yet to be named publicly, will use a dried and vacuum-sealed version of the fruit, which packs much less of an odour.

Liftoff is scheduled for July, when packages of durian will be sealed, placed in a box and rocketed into space for five minutes.

Advances in technology and the growing number of countries sending their citizens into space have enriched astronauts' controlled cuisine with new flavours.

And with Asia catching up with more established space programs, menus are diversifying.

The pickled dish kimchi boldly went where few fermented vegetables have gone before when a South Korean astronaut brought it with her in 2008.