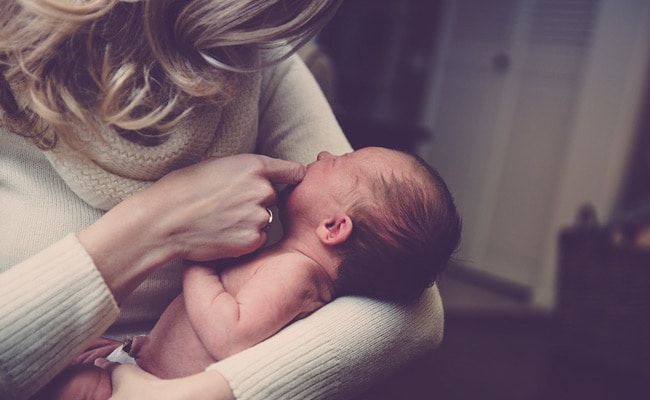 Photographing breastfeeding women without their consent will be illegal (Representative Image)

The law will be a part of the the Police, Crime, Sentencing and Courts Bill - in which it has been included as an amendment by the Ministry of Justice. Justice Secretary Dominic Raab said it would help women who are being "pestered, whether it's for self-gratification or for harassment purposes".

"No new mum should be harassed in this way. We are committed to doing everything we can to protect women, make them feel safer, and give them greater confidence in the justice system," Mr Raab said.

According to the BBC, Manchester-based designer Julia Cooper started a campaign to criminalise taking photos of breastfeeding mothers in public last April.

"I sat down to breastfeed my daughter and I noticed a man on another bench staring at us," she told the BBC.

"I stared back to let him know that I had clocked his gaze, but undeterred he got out his digital camera, attached a zoom lens and started photographing us."

Ms Cooper said she felt "violated" by the incident and contacted her local Labour MP Jeff Smith and his colleague Stella Creasy. Ms Creasy had herself experienced being photographed without her consent while breastfeeding her baby on a train. The pair took the campaign to the House of Commons, calling for breastfeeding voyeurism to be made illegal.

According to Yahoo News, the Ministry of Justice said "taking non-consensual photographs or video recordings of breastfeeding mothers" would be made a "specific" breastfeeding voyeurism offence in England and Wales, punishable by up to two years in prison and covering "situations where the motive is to obtain sexual gratification, or to cause humiliation, distress or alarm".