Stephen Hawking Has A Ticket To Space. Thanks To Richard Branson 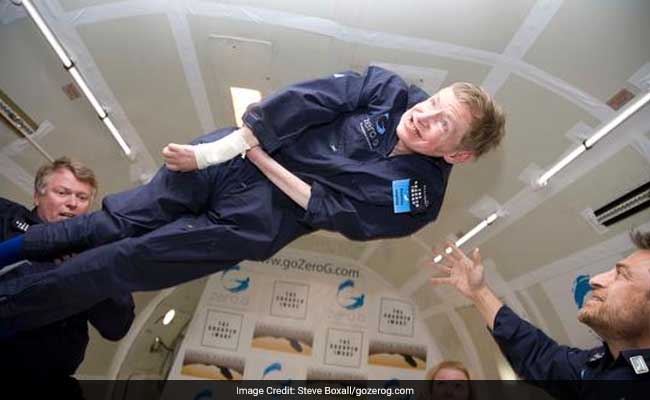 "My three children have brought me great joy -- and I can tell you what will make me happy, to travel in space," said the 75-year-old theoretical physicist and cosmologist, whose dream of space travel is not hidden from the world.

"I thought no one would take me but Richard Branson has offered me a seat on Virgin Galactic, and I said yes immediately," he added, in an interview to a TV show Good Morning Britain.

In an effort towards "democratizing access to space for the benefit of life on Earth" Sir Branson's company, Virgin has opened space travel to common folk.

During the same interview, Mr Hawking said he feared that he may not be welcome in US under current President Donald Trump. The US President's priority would be to satisfy his electorate who are "neither liberal nor that well-informed" he said. "I would like to visit (the US) again, and to talk to other scientists. But I fear that I may not be welcome," Mr Hawking told ITV News.

Mr Hawking is bound to a wheelchair, speaks through a computer and travels with a staff that includes two nurses. He was diagnosed with a motor neurone disease when he was 21.

The last time Mr Hawking came pretty close to his dream of going into space was ten years ago on his 65th birthday when he experienced zero gravity in a modified Boeing 727 jet. Excited after his ride, he had said, "The zero-G part was wonderful and the higher-G part was no problem. I could have gone on and on. Space, here I come!"