Sonam Kapoor On Why Her Baraat Did Not Have Horses

"@sonamakapoor Weddings are no fun for horses!" wrote PETA India. 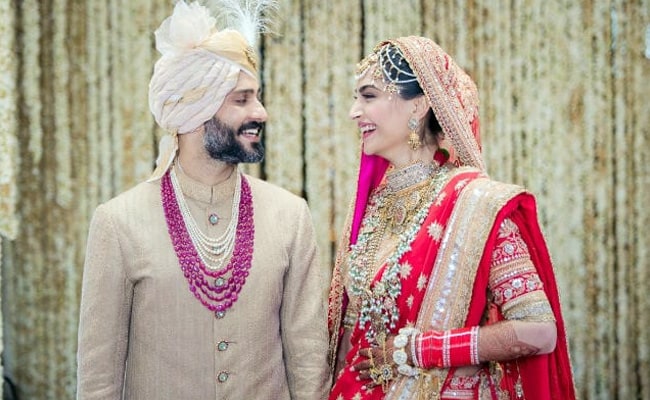 Actor Sonam Kapoor has responded to a tweet by People for the Ethical Treatment of Animals (PETA) about the mistreatment of horses at weddings. PETA India tagged a number of celebrities on Twitter this morning, sharing a video about how horses are mistreated by their handlers. White horses are traditionally ridden by the grooms in wedding baraats.

Criticising the practice as harmful to the animals, PETA India wrote "@sonamakapoor Weddings are no fun for horses!" while tagging the Khoobsurat actress.

"There's the excited crowds, firecrackers, & loud music but spiked bits are often used in horses' mouths to control them that cause immense bleeding and pain," the animal welfare organisation added.

Responding to their tweet, Sonam Kapoor revealed that her husband Anand Ahuja's baraat did not have horses or loud music for "this exact reason."

"My husband didn't have a baraat with horses or loud music. For this exact reason," she wrote.

My husband didn't have a baraat with horses or loud music. For this exact reason. https://t.co/PheHqGGyMf

Sonam Kapoor married Delhi-based entrepreneur Anand Ahuja in May 2018. That was also the year she won PETA India's 'Person of the Year' honour for "vegan eating" and "keeping animal skins out of her handbag line for Rheson".

PETA India also tagged a number of other celebrities in a bid to discourage the use of horses in weddings. The long list includes Deepika Padukone, Ranveer Singh, Raveena Tandon, Anushka Sharma, Shraddha Kapoor, Suniel Shetty and others.