Shark Attacks Florida's Teen Near Beach, Brother Pulls Her Out From Its Jaws

A teenager is facing loss of part of her leg in a shark attack at a popular beach, according to a report in New York Post. 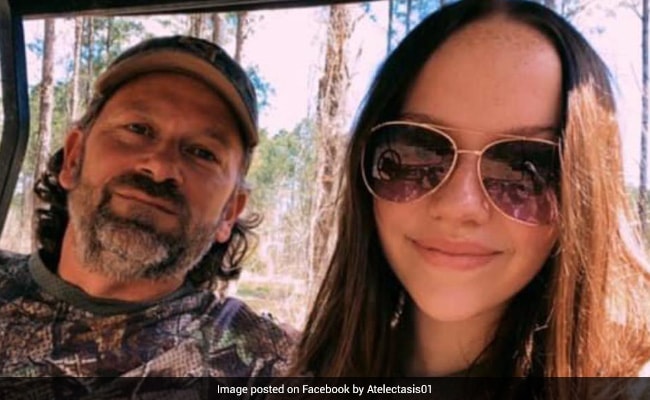 A 9-foot-long shark suddenly attacked and bit her right thigh.

A teenager is facing loss of part of her leg in a shark attack at a popular beach, according to a report in New York Post. Quoting local authorities, the outlet said that the girl was swimming off the coast of Florida when the attack took place.

According to a Facebook post shared by the girl's father Shane Bethea, his daughter Addison was attacked by a shark on June 30 at Keaton beach in Florida.

She was swimming in 5-foot-deep water, some 75 miles south-east of Tallahassee, when the shark - estimated to be 9-foot-long suddenly attacked and bit her right thigh.

"The shark bit her once and then attacked her again on her right thigh. She tried poking it in the eyes and punching it but it would not turn loose," his father said in the Facebook post.

"By the grace of God, she was with her brother Rhett Willingham, who is a first responder/firefighter, who acted quickly to literally fight off the shark and pull her away and into a nearby boat of an unknown person (thank you to whoever you are)," Mr Bethea added.

Mr Willingham put a tourniquet to her leg to minimise blood loss and kept her awake, eventually saving her life. The teenager was airlifted to a hospital in Tallahassee, around 80 miles away from the beach, for emergency surgery.

According to the Facebook post, doctors made Addison stable first while attempting to treat her leg. They had to remove a vein from her left leg in order to create an artery in her right in order to restore blood flow to her foot and lower leg. The nerve at the back of the thigh was seriously injured.

The doctors are unsure of the leg's condition at this time and want to evaluate it daily to see what has to be done.

"She woke up and was communicating to us through typing on her phone. She was in good spirits and cracking jokes about beating up the shark. They came in a little later and decided that she was good enough that they could extubate her. The first thing she asked for was a Wendy's frosty," said Mr Bethea.

He also thanked everyone who reached out to him concluding his post.

According to the Post, shark attacks in Florida, which accounts for 40 per cent of all bits in the world.

Viral Video: Woman Drives Truck With A Smile On Her Face, Internet Calls It "Inspirational"