To Get The Perfect Pic, Photographer Bribed Royal Bridal Party With Candy

"I said 'who likes Smarties?' and everyone raised their hands and all of a sudden there were big smiles, and so that was the shot," photographer Alexi Lubomirski said. 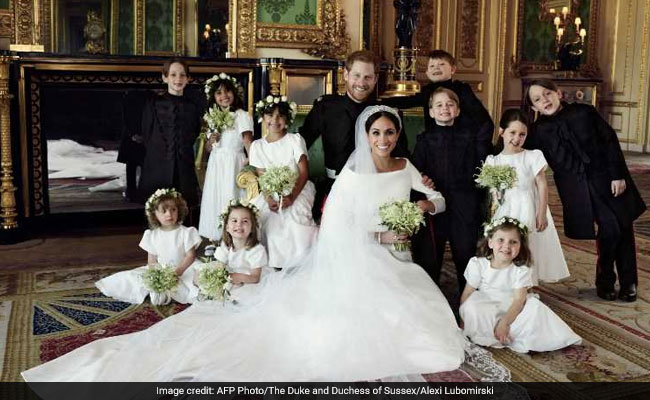 How do you get 10 kids between the ages of two and seven to stay still long enough to take a picture? For photographer Alexi Lubomirski, the answer is candy!

Mr Lubomirski took a series of photographs after Britain's Prince Harry wed American actor Meghan Markle on May 19. Three of the portraits were released by Kensington Palace as official wedding photographs on Monday. One of them features the Duke and Duchess of Sussex surrounded by their young bridesmaids and page boys (which included Prince William and Kate's eldest son and daughter, Prince George, 4, and Princess Charlotte, 3).

Mr Lubomirski told CNN he overhead someone promising the kids Smarties before they assembled in Windsor Castle's Green Drawing Room for the photos. Smarties are chocolates with a candy shell, similar to Gems.

"I could hear the kids started crying in the background and there was some chaos, and then I heard this magic word... 'Smarties'," he added to BBC.

"As soon as their attention span started to wane, I used the Smartie trick," Mr Lubomirski explained to CNN. "I said 'who likes Smarties?' and everyone raised their hands and all of a sudden there were big smiles, and so that was the shot."

Mr Lubomirski told CNN he wanted an air of informality in the photographs. "It's a historical document but it's also the royal family and it's the monarchy and there's this lineage aspect. But within those walls we wanted to try and twist it a bit, we wanted to just give it a little flavor of the couple, and that meant authenticity, love, family," he said.

Promoted
Listen to the latest songs, only on JioSaavn.com
Posting the photographs on Instagram, Mr Lubomirski wrote it was an "incredible honor and privilege to document the Duke and Duchess of Sussex's inspiring journey of love, hope and family... This has been a beautiful chapter in my career and life, that I will happily never forget."