Harry, Meghan Markle Pose With Their Squad Of Page Boys And Bridesmaids

Harry and Meghan Markle were pronounced husband and wife at the chapel in the medieval Windsor Castle by Archbishop of Canterbury on Saturday. 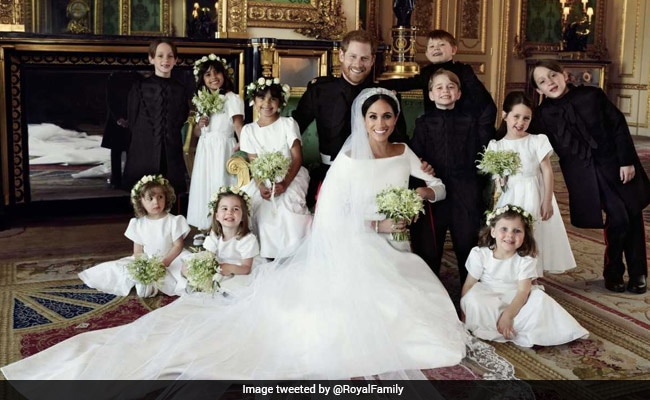 Four-year-old George and three-year-old Charlotte were among the pageboys and bridesmaids.

New Delhi: Prince Harry and Meghan Markle, who got married on Saturday, have released three official photographs from the wedding day. The Twitter account of Buckingham Palace shared the stunning photographs featuring the newly-weds, now known as the Duke and Duchess of Sussex, the rest of the royal family, the bridesmaids and the page boys.

New York-based fashion photographer Alexi Lubomirski clicked the latest set of pictures. It was Mr Lubomirski who clicked a series of portraits to mark Harry and Ms Markle's engagement. He is famed for his photos of Harry's mother Princess Diana. 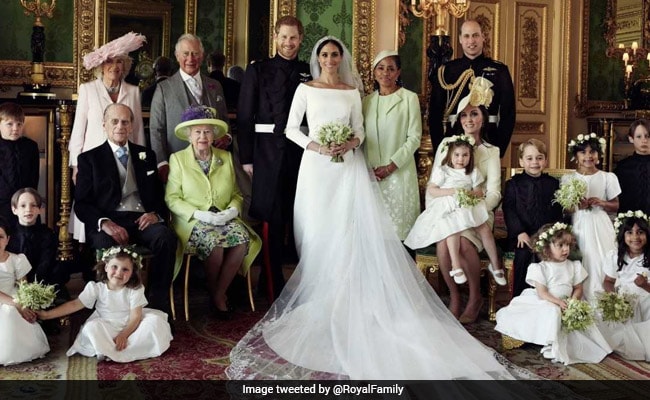 The official post-wedding portraits were taken by photographer Alexi Lubomirski. 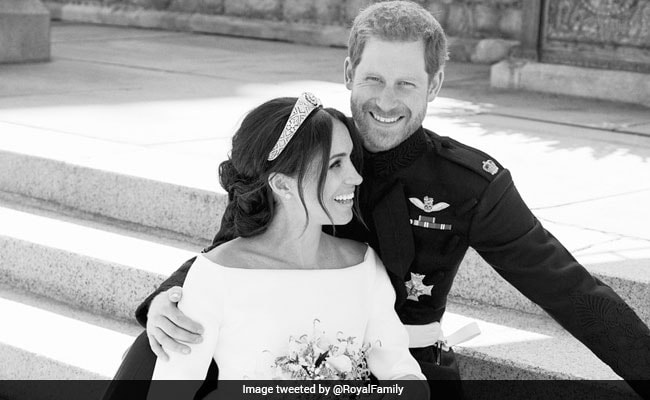 Harry and Meghan Markle were also photographed on the East Terrace Windsor Castle in the third official photograph.

Promoted
Listen to the latest songs, only on JioSaavn.com
Prince Harry and Meghan Markle exchanged wedding vows last Saturday at St George's Chapel in Windsor Castle in a glittering ceremony that saw an equal measure of royal traditions and Hollywood glamour.

A number of celebrity guests, members of the royal family attending the wedding as thousands of fans celebrated on the streets. Celebrities including Priyanka Chopra, Oprah Winfrey, George Clooney, his lawyer wife Amal, Victoria and David Beckham and Serena Williams were among the guests. Singer Elton John, were among the wedding guests.