"Can Hop On A Plane": John Cena Jokes About Walking Meghan Markle Down The Aisle

"It seems like there is some drama that is in need of a special guest referee," Cena said. 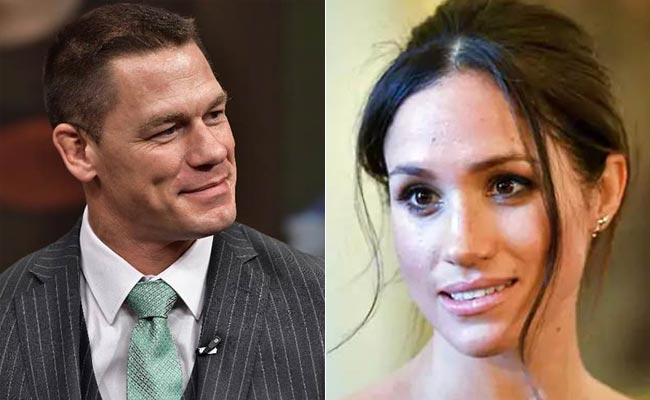 Actor Meghan Markle will marry Britain's Prince Harry on May 19

Los Angeles: Amid news that Meghan Markle's father will skip her royal wedding with Prince Harry later this week, actor John Cena has joked that he can walk the actress down the aisle.

Cena spoke about the wedding when he shared co-hosting duties on "Today" with hosts Kathie Lee Gifford and Hoda Kotb on Tuesday, reports people.com.

Thomas Markle had told US website TMZ he would not go for the wedding amid a row over paparazzi photographs. He then said he would go for his daughter's D-Day, and then again said he cannot due to a planned heart procedure.

The hosts spoke to royal correspondent Keir Simmons after news broke that the "Suits" actress' father would not attend her wedding.

Cena responded: "It seems like there is some drama that is in need of a special guest referee."

Gifford turned to Cena and said, "She is in need of someone to give her away, isn't she? Who better than you?"

"I can hop on a plane, I can get there in a few days," Cena said jokingly.

The couple will exchange vows at St George's Chapel, Windsor Castle on Saturday. The wedding will beam on Indian television deferred live on Colors Infinity.Click for more trending news