In the first of what will be a three-part series, Ratan Tata, 82, said that he had a happy childhood. 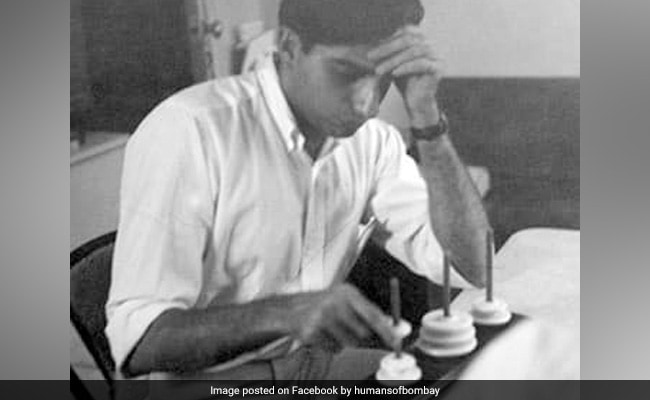 Ratan Tata opened up about his early life while talking to 'Humans of Bombay'.

Industrialist Ratan has revealed that he almost got married while working in Los Angeles as a  college graduate. Speaking to the popular Facebook page 'Humans of Bombay', Mr Tata opened up about his life after his parents' divorce, growing up with his grandmother, the values she taught him, studying at Cornell University, falling in love and why the relationship eventually fell apart.

In the first of what will be a three-part series, Mr Tata, 82, said that he had a happy childhood even though he and his brother faced a "fair bit of ragging" because of their parents' divorce.

Ratan Tata's parents, Naval and Sooni Tata, divorced when he was 10. He was raised by his grandmother, Navajbai Tata.

In the now-viral Facebook post, which was shared online last night, the Chairman Emeritus of Tata Sons spoke about the values his grandmother instilled in him.

"I still remember, after WW2, she took my brother and I for summer holidays to London. It was there that the values were really hammered in," he said. "She'd tell us, 'don't say this' or 'keep quiet about that' and that's where, 'dignity above everything else' really embedded in our minds."

Mr Tata eventually attended Cornell University in the US, thanks to his grandmother. After switching majors and graduating with a degree in architecture - a move that left his father upset - Mr Tata took up a job in Los Angeles, where he worked for two years.

"It was a great time -- the weather was beautiful, I had my own car and I loved my job," he reminisced.

It was also in LA that Mr Tata "fell in love and almost got married". However, he made the decision to move back to India as his grandmother was not keeping well, thinking that the woman he loved would also move to India with him.

"But because of the 1962 Indo-China war her parents weren't okay with her making the move anymore, and the relationship fell apart," said Mr Tata.

Since being shared online, the post has gone viral with more than 21,000 reactions and over 2,000 'shares', along with hundreds of comments.

"His family literally built this country with their steel, and yet look at his humility," wrote one person in the comments section.

"Best series in coming for HoB. In fact everyone in India wants to know more about Ratan Tata sir," said another.

"He is an amazing human being. Looking forward to reading more about this incredible man," a third commenter added.

Flying To Work? Meet The 'Marvel Man' Working On The Dream