Puppies Stranded On Uninhabited Island Rescued, Up For Adoption Soon 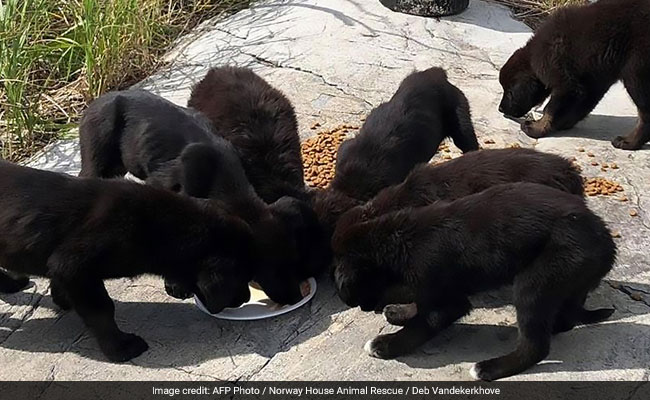 Puppies discovered on an uninhabited island in the Canadian wilds are looking for a new home.

The litter -- four males and three females -- has been dubbed the "Gilligan's Island crew" after the 1960s American television sitcom about castaways on an uncharted tropical island.

"The fellas could see some dark figures on the island across the water and thought it might be wolves fighting," she said in a telephone interview. "The next morning they took a boat over and found these seven puppies."

"They gave them what food they had and contacted local rescue volunteers."

Arrangements were made to get the pups food and supplies, and the two men brought an old dog house to the island and set it up as a temporary shelter.

Vandekerkhove is scheduled to travel to the Cross Lake area, about 500 kilometers (310 miles) north of Winnipeg, Manitoba on Friday and return with the puppies, which are believed to be a mix of Labrador and Husky and about four months old.

After a few weeks of rehabilitation, the dogs will be put up for adoption through Winnipeg Pet Rescue.

"It appears they'd been on the island all alone for several weeks," Vandekerkhove said. "They're very cute with spikey hair on their heads but they were starving, just skin and bones, and they were terrified of people at first."

The dogs are now eating and drinking water, playing with toys and appear to be warming up to their saviors.