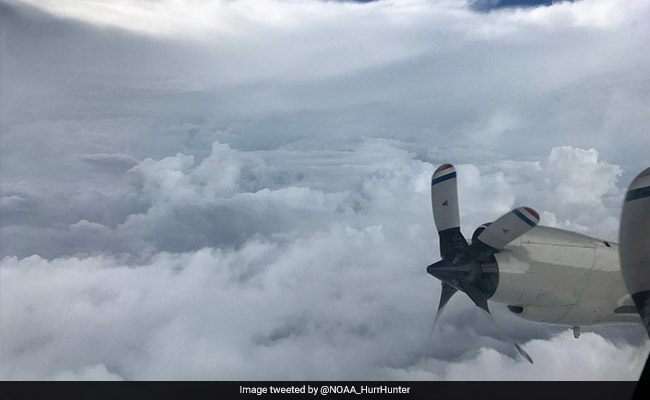 A weather plane used for research flew directly into the eye of Hurricane Irma just hours before the Category 5 storm made landfall in the island of Barbuda in Caribbean. The video was shot aboard National Oceanic and Atmospheric Administration flight 'NOAA42' which has been flying in rough weather to collect data about the "potentially catastrophic" storm.

The video shows multiple screens monitoring data but one look at the turbulence outside gives an insight into the intensity of the hurricane.

Video of a flight through the eye of #Irma on #NOAA42. Flights on both the WP-3D Orion and G-IV #NOAA49 continue. Credit Nick Underwood/NOAA pic.twitter.com/9ini4bOnYF

The hurricane made landfall with wind speeds of nearly 295 km/hour as it moved closer to the Caribbean. Hurricane Irma is expected to hit the coast of Florida on Saturday, with possibly greater force than Hurricane Harvey.

Emergency preparations are already underway in anticipation of the powerful storm, taking lessons from the devastation left behind by Hurricane Harvey.

Promoted
Listen to the latest songs, only on JioSaavn.com
Emergency was declared in Florida, Puerto Rico and US Virgin Islands before Irma made landfall. Authorities in Puerto Rico urged the 3.4 million residents of the U.S. territory to seek refuge in one of 460 hurricane shelters in advance of the storm and later ordered police and National Guard troops to begin evacuations of flood-prone areas in the north and east of the island.

With inputs from AFPClick for more trending news