Peru entered a lockdown in mid-March to contain the spread of coronavirus. 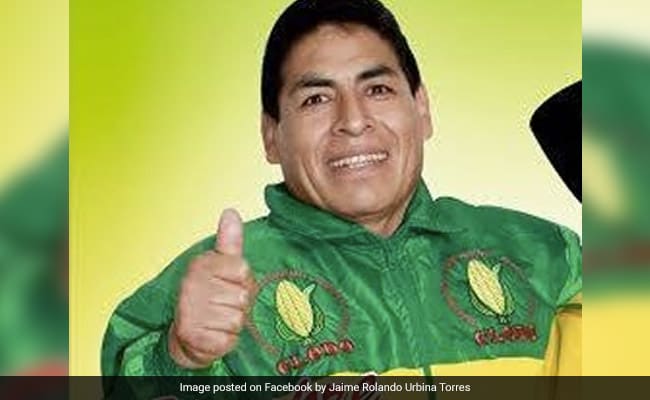 The mayor of a town in Peru recently lay down in a coffin and played dead to avoid arrest for breaking lockdown rules. A photo that has gone viral on social media show Jaime Rolando Urbina Torres hiding in a coffin with a face mask on, eyes shut tightly. According to the Evening Standard, the photograph was clicked when police officers showed up to arrest him on Monday night for breaking curfew rules to go out drinking with his friends.

The mayor of the central town of Tantara reportedly dived into an open casket when police arrived, while his friends hid in drawers. All members of the party were transferred to a local police station by cops.

The incident has resulted in outrage on social media from locals who have already been critical of Mr Torres' work during the pandemic.

The town of Tantara in Castrovirreyna entered the lockdown along with the rest of Peru on orders of the central government to contain the spread of coronavirus. Mr Torres, however, has spent only eight days in Tantara since the beginning of the lockdown in March, reports El Comercio. He has also faced criticism from officials for failing to open emergency quarantine shelters or enforce safety measures in his town.

Peru has extended its nationwide lockdown until the end of June. The country has so far reported over 1.3 lakh coronavirus cases and more than 3,700 deaths linked to the virus, despite being one of the first countries in South America to enter lockdown.