Here's how pet owners are pranking their beloved dogs. 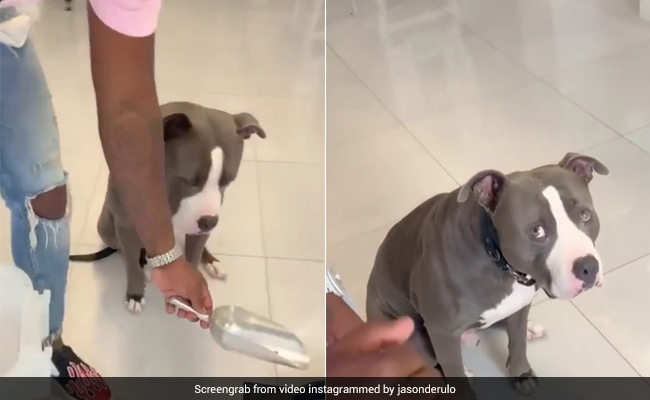 You may find this trend amusing, but the dogs participating in it are anything but amused. The latest pet-related trend that is sweeping social media is pretty hilarious - it involves dog owners pretending to put their beloved pets on a diet. The trend has hundreds of people pranking their pets by pretending to give them only a mouthful of food. While some dogs merely look astonished or reproachful, others gobble up whatever is put into their bowl. A few dogs, meanwhile, fly into comical rages that have left social media users in splits.

The format of these dog diet videos is pretty simple - people scoop out some dog food, then shake most of it back into the bag. The two or three treats left in the scooper are deposited into the food bowls of their dogs to some hilarious reactions.

Don't worry - most pet owners also put out disclaimers assuring viewers that their dogs did not actually go hungry.

American singer-songwriter Jason Derulo was among those who tried the dog diet challenge on his adorable pooch, Ice. "Tried putting #icederulo on a diet," he wrote while sharing the side-splitting clip on Instagram Thursday, where it has gone viral with over a million views.

Ice Derulo's eyes say it all. Take a look:

"Where's the rest of my meal?" this dog seems to be asking.

Is that all? A poor corgi licks his bowl clean in this aww-dorable video. Don't worry, he did not go hungry.

This little dog is really angry.

Which prank video did you like best? Let us know using the comments section.