"I didn't want to pay the fee for the excess baggage because it was only 2 kilograms," said Gel Rodriguez 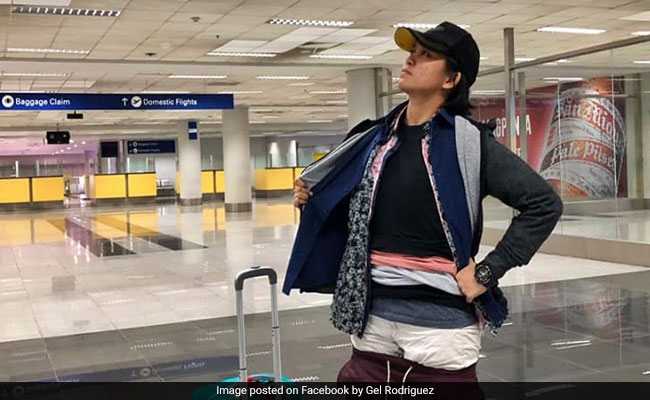 One airline passenger recently went to extreme lengths to avoid paying a fee for extra baggage - she wore many of the clothes she had packed to bring down her suitcase's weight.

Gel Rodriguez of Philippines explained her Facebook post on October 2 that airline staff informed her that her carry-on luggage exceeded the maximum weight of 7 kilograms. It weight 9.5 kilograms.

Ms Rodriguez refused to pay the excess baggage fee. Instead, she used a trick that has been used successfully by many before her and it worked like a charm. Ms Rodriguez wore about 2.5 kilograms of clothes to bring down her bag's weight to only 6.5 kgs.

She also shared a hilarious photo on Facebook which shows her wearing around five pairs of pants and multiple T-shirts and jackets.

"From 9kg to 6.5kg baggage #ExcessBaggageChallengeAccepted," she wrote.

"I didn't want to pay the fee for the excess baggage because it was only 2 kilograms," Ms Rodriguez told Vice. "If I had known it would go viral, I would have posed better," she joked.

Would she do it again? Probably not.

"It was really hot. I don't recommend other people do it," Ms Rodriguez told Vice.

In a similar incident in July this year, a man from Scotland put on 15 shirts to avoid paying excess baggage fee at an airport.